These data have been superseded. Please see our latest releases for current estimates and contact information.
Explore Product View
BEA 18-62

Gross Domestic Product by State, 2nd quarter 2018
Texas Had the Fastest Growth in the Second Quarter 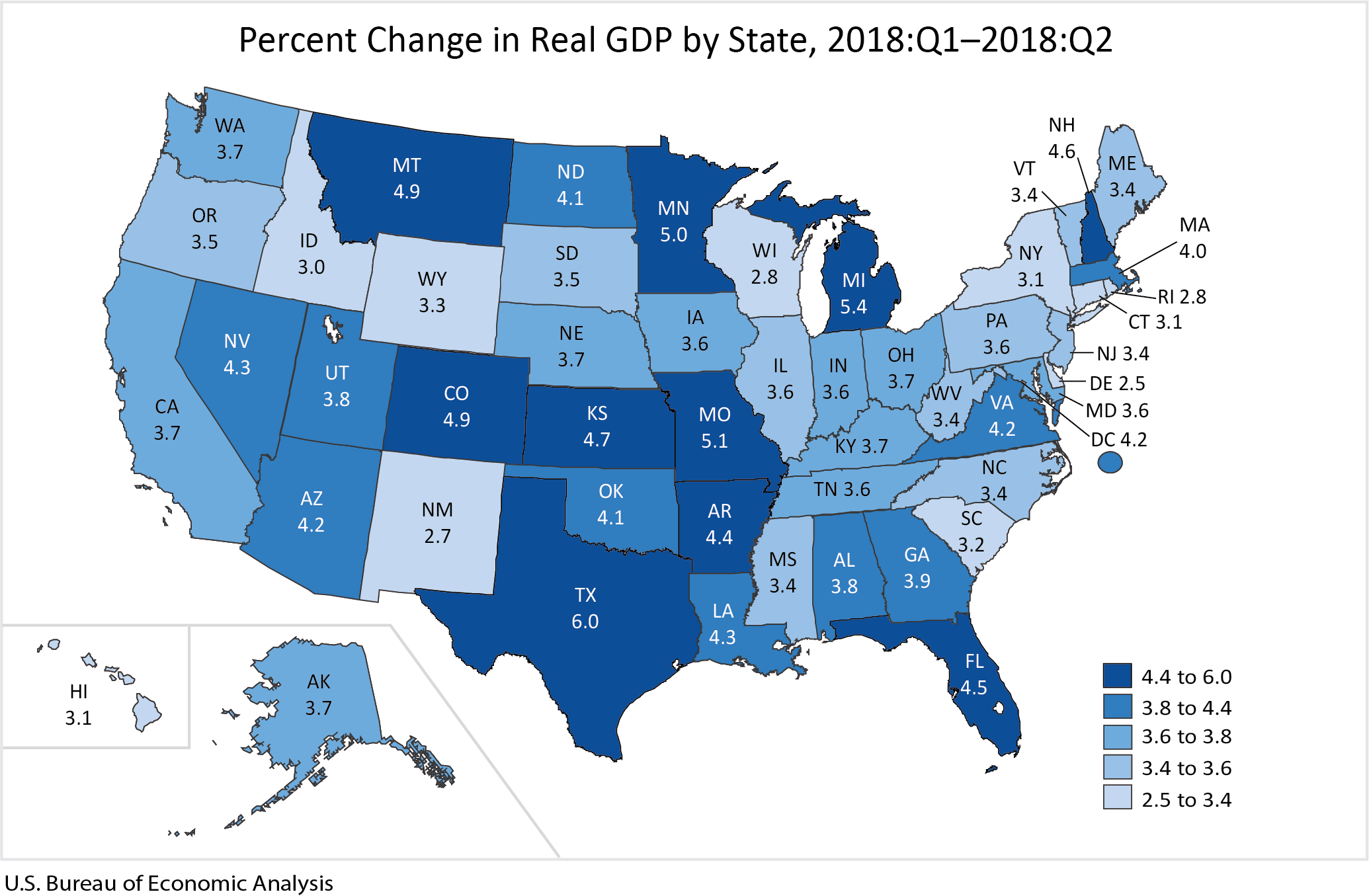 Comprehensive Update of GDP by State

The estimates of 2018:Q2 GDP by state incorporate the results of BEA's comprehensive update of GDP by state also released today. The update revised North American Industry Classification System (NAICS) estimates of GDP by state for 1997 to 2017 and quarterly NAICS estimates for 2005:Q1 to 2018:Q1. The update incorporates source data that are more complete and detailed than previously available, and the results of the 2018 comprehensive updates of the National Income and Product Accounts, Industry Economic Accounts, and State Personal Income Accounts. In addition, the update includes industry definitions consistent with the 2012 NAICS.

Relation of Gross Domestic Product (GDP) by State for the U.S. to GDP in the National Accounts. An industry's GDP by state, or its value added, in practice, is calculated as the sum of incomes earned by labor and capital and the costs incurred in the production of goods and services. That is, it includes the wages and salaries that workers earn, the income earned by individual or joint entrepreneurs as well as by corporations, and business taxes such as sales, property, and Federal excise taxes—that count as a business expense.

GDP is calculated as the sum of what consumers, businesses, and government spend on final goods and services, plus investment and net foreign trade. In theory, incomes earned should equal what is spent, but due to different data sources, the measurement of income earned, usually referred to as gross domestic income (GDI), does not always equal the measurement of what is spent (GDP). The difference is referred to as the "statistical discrepancy."