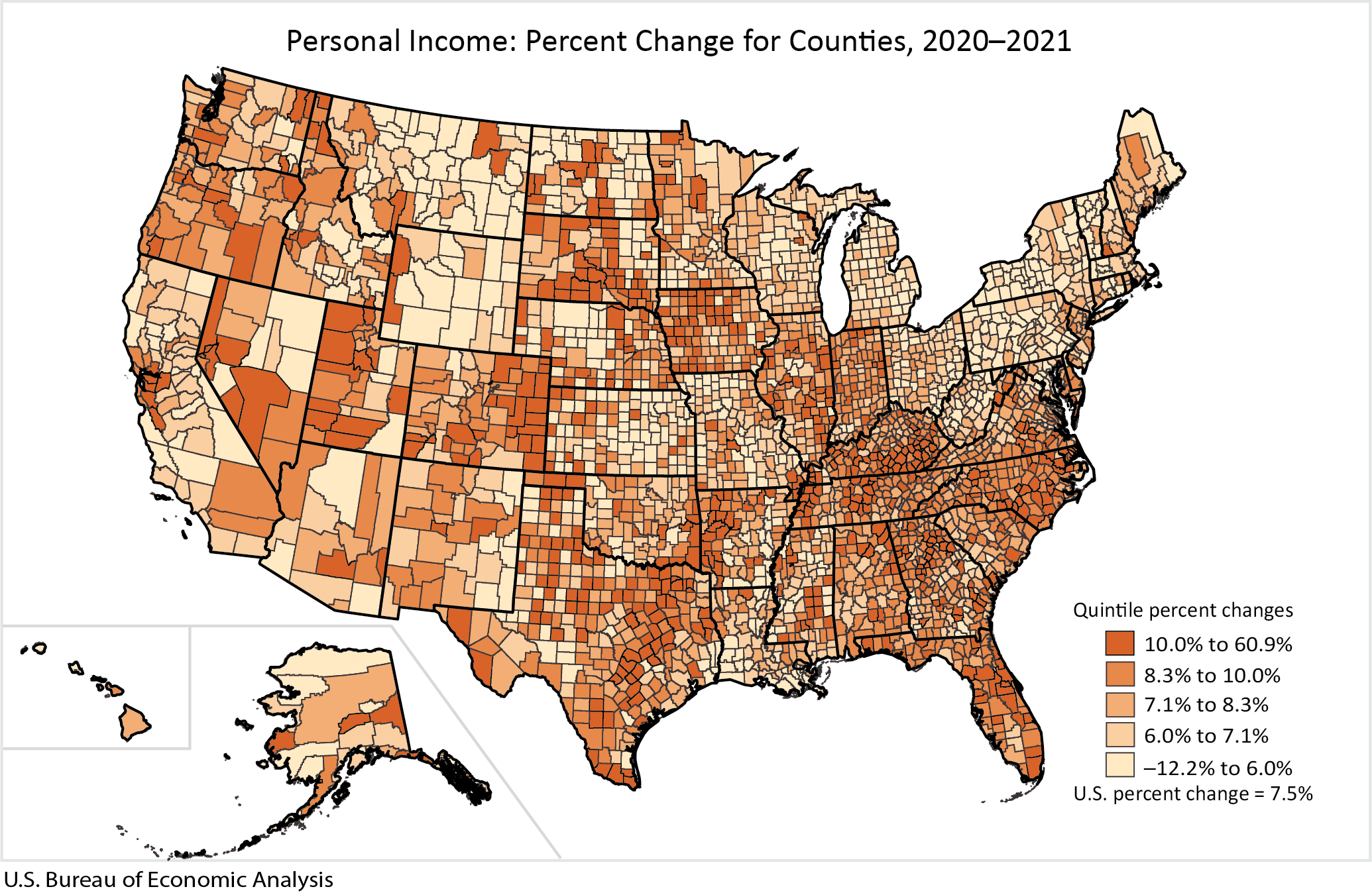 BEA also released new estimates of per capita personal income for 2021, along with revised estimates for 2010 to 2020. BEA used U.S. Census Bureau (Census) population figures to calculate per capita personal income estimates for 2020 and 2021. For 2010 through 2019, BEA used intercensal population statistics that it developed based on Census’ methodology. See ”Note on Per Capita Personal Income and Population.”