These data have been superseded. Please see our latest releases for current estimates and contact information.
Explore Product View
BEA 17-50

The $156.7 billion increase reflected net financial transactions of –$107.5 billion and net other changes in position, such as price and exchange-rate changes, of $264.2 billion (table A).

U.S. assets increased $1,004.2 billion to $25,937.6 billion at the end of the second quarter, mostly reflecting increases in portfolio investment and direct investment assets. 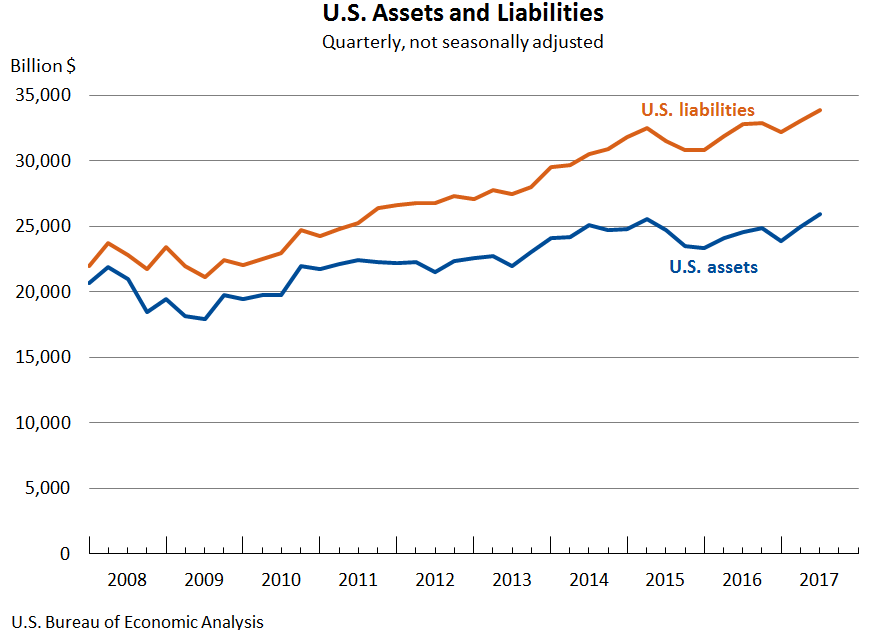 U.S. liabilities increased $847.5 billion to $33,872.5 billion at the end of the second quarter, mostly reflecting increases in portfolio investment and direct investment liabilities.

The international investment position (IIP) is a statistical balance sheet that presents the dollar value of U.S. financial assets and liabilities with respect to foreign residents at a specific point in time. BEA presents IIP statistics at the end of a quarter or year (March, June, September, and December). For the June release, BEA also presents statistics on changes in the yearend position that are disaggregated into financial transactions, price changes, exchange-rate changes, and other changes in volume and valuation not included elsewhere (n.i.e.).