These data have been superseded. Please see our latest releases for current estimates and contact information.
Explore Product View
BEA 19-60 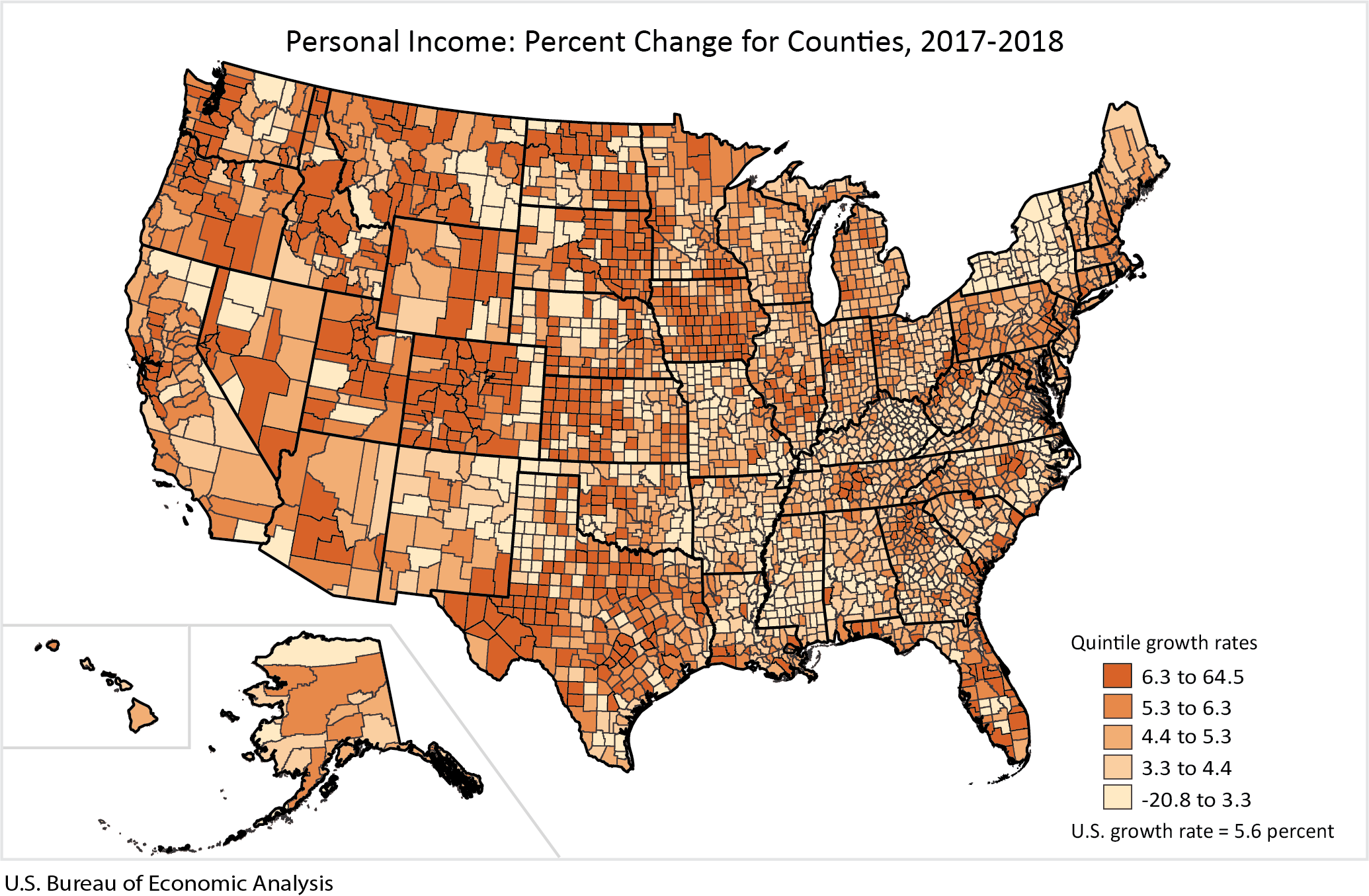 Today, BEA also released revised estimates of real personal income by metropolitan area for 2008 to 2017 that incorporate the results of the annual update to local area personal income.

Local area personal income statistics provide a framework for analyzing current economic conditions in local economies and can serve as a basis for decision making. For example, they can be used: