These data have been superseded. Please see our latest releases for current estimates and contact information.
Explore Product View
BEA 21-13

Gross Domestic Product by State, 4th Quarter 2020 and Annual 2020 (Preliminary)
South Dakota had the largest increase in the fourth quarter

Real gross domestic product (GDP) increased in all 50 states and the District of Columbia in the fourth quarter of 2020, as real GDP for the nation increased at an annual rate of 4.3 percent, according to statistics released today by the U.S. Bureau of Economic Analysis. The percent change in real GDP in the fourth quarter ranged from 9.9 percent in South Dakota to 1.2 percent in the District of Columbia (table 1). 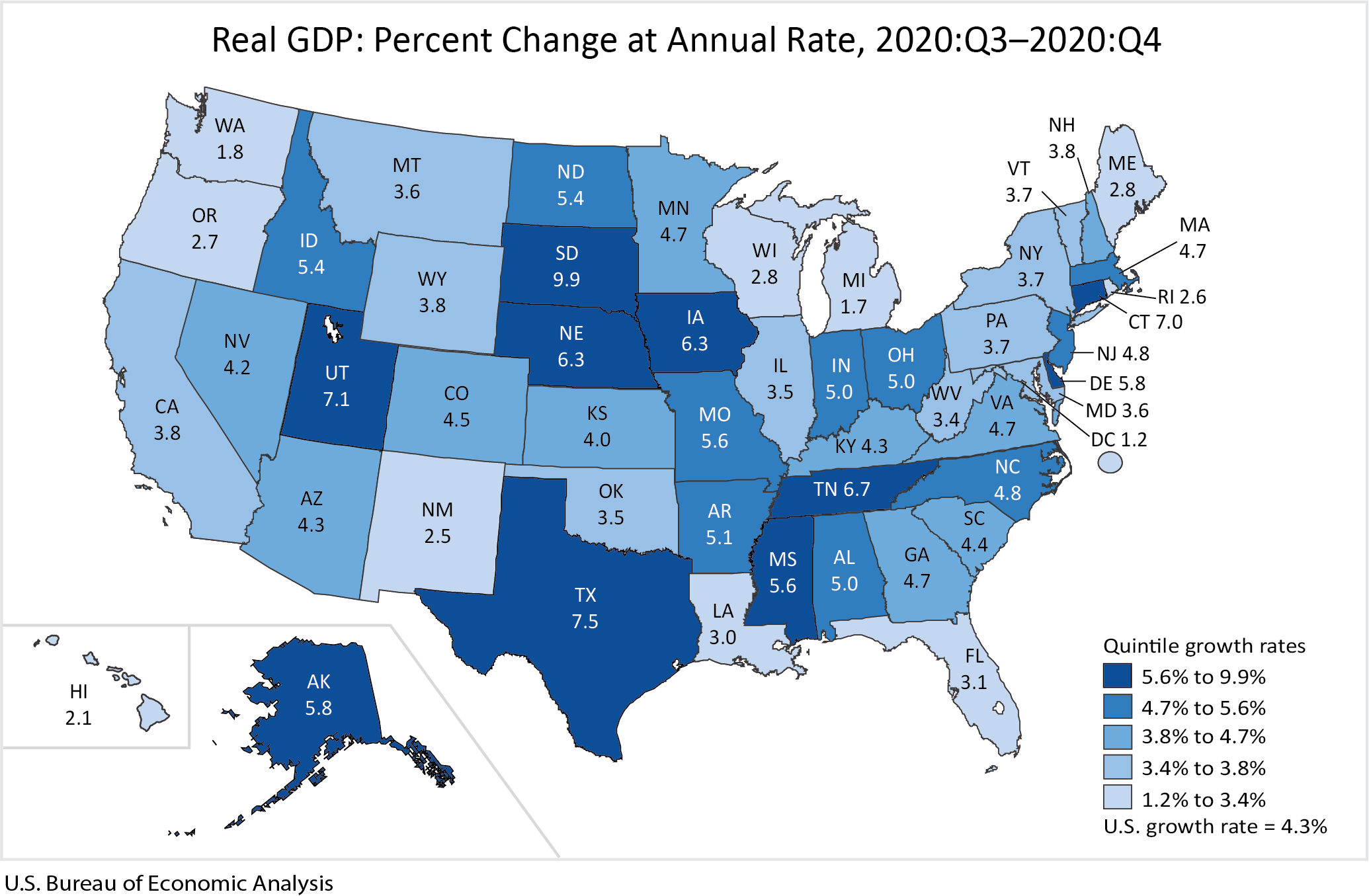 Finance and insurance; healthcare and social assistance; and administrative and support and waste management and remediation services were the leading contributors to the increase in real GDP nationally (table 2).

The increases in fourth-quarter GDP by state reflect both the continued economic recovery from the sharp declines earlier in the year and the ongoing impact of the COVID-19 pandemic, including new restrictions and closures that took effect in some areas of the United States. The annual 2020 estimates of GDP by state reflect the rapid shifts in activity, as business and schools switched to remote work, consumers and businesses canceled, restricted, or redirected their spending, governments issued and lifted "stay-at-home" orders and government pandemic assistance payments were distributed to households and businesses. The full economic effects of the COVID-19 pandemic cannot be quantified in the GDP by state estimates because the impacts are generally embedded in source data and cannot be separately identified.

Real GDP decreased in all 50 states and the District of Columbia in 2020. The percent change in real GDP ranged from –0.1 percent in Utah to –8.0 percent in Hawaii (table 4). 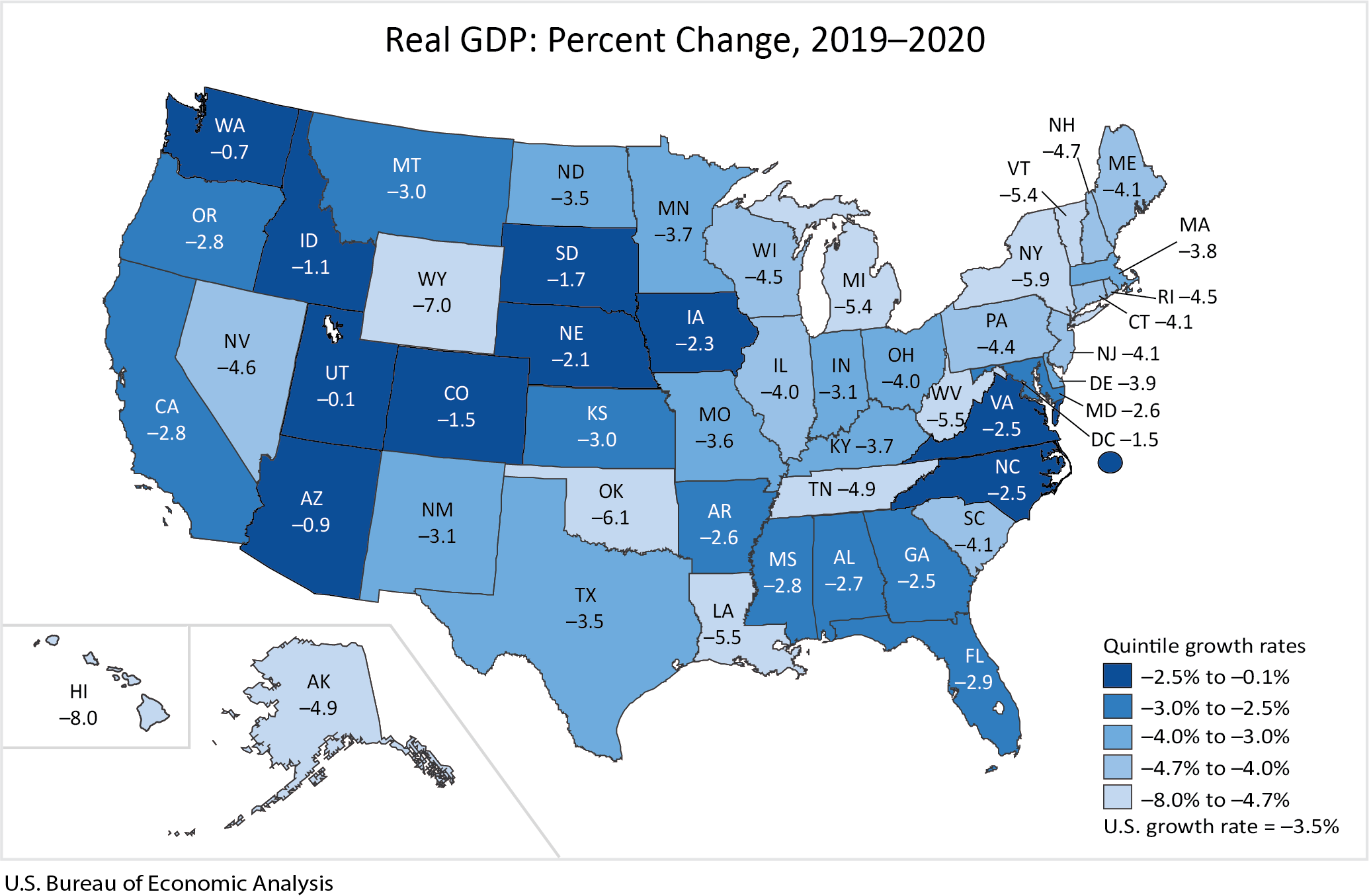