These data have been superseded. Please see our latest releases for current estimates and contact information.
Explore Product View
BEA 21-57 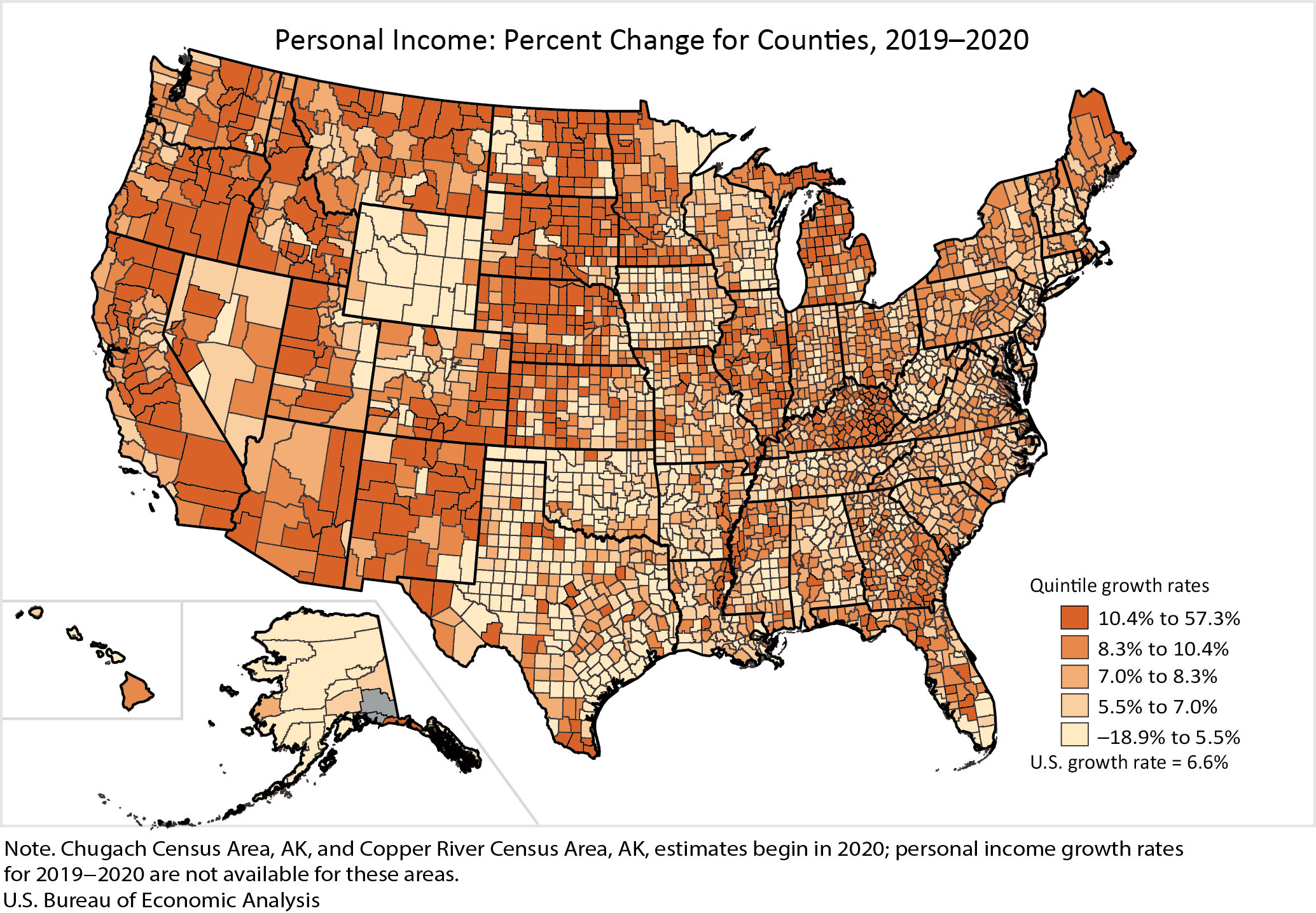 The 2020 estimates of local area personal income were impacted by the response to the spread of COVID-19, as governments issued and lifted "stay-at-home" orders and government pandemic assistance payments were distributed to households and businesses. The full economic effects of the COVID-19 pandemic cannot be quantified in the local area personal income estimates, because the impacts are generally embedded in source data and cannot be separately identified. For more information, see Federal Recovery Programs and BEA Statistics.

Local area personal income statistics provide a framework for analyzing current economic conditions in local economies and can serve as a basis for decisionmaking. For example, they can be used: