These data have been superseded. Please see our latest releases for current estimates and contact information.
Explore Product View
BEA 22–15

Gross Domestic Product by State, 4th Quarter 2021 and Year 2021 (Preliminary)
Texas had the largest increase in the fourth quarter

Real gross domestic product (GDP) increased in 47 states and the District of Columbia in the fourth quarter of 2021, as real GDP for the nation increased at an annual rate of 6.9 percent, according to statistics released today by the U.S. Bureau of Economic Analysis. The percent change in real GDP in the fourth quarter ranged from 10.1 percent in Texas to –2.3 percent in Iowa (table 1). 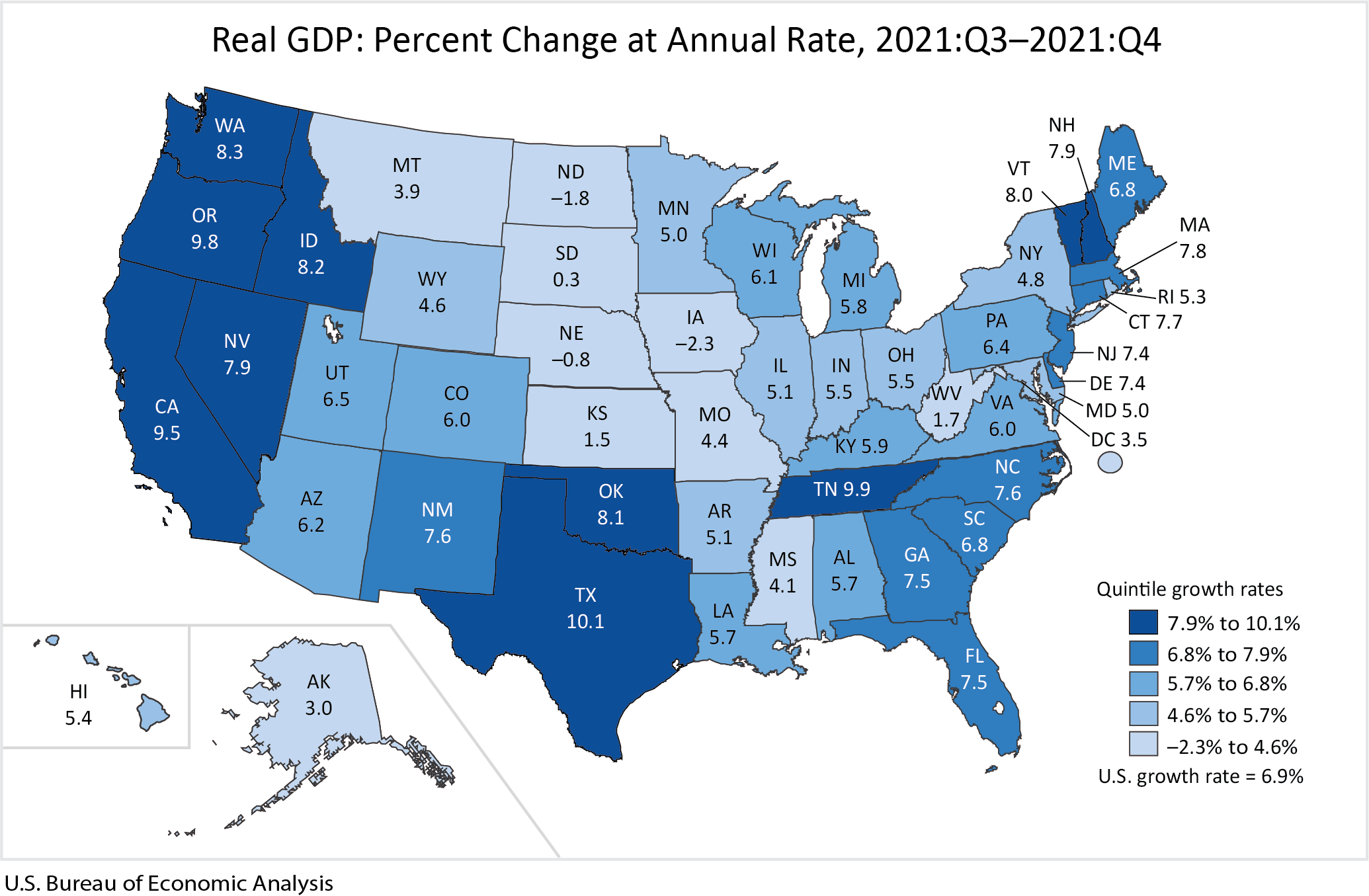 Real GDP increased in 19 of the 21 industry groups for which BEA prepares quarterly state estimates (table 2). Information services; professional, scientific, and technical services; and real estate and rental and leasing were the leading contributors to the increase in real GDP nationally. Professional, scientific, and technical services was the leading contributor to the increase in Texas, the state with the largest increase.

The fourth-quarter 2021 and 2021 annual estimates of GDP by state reflect the continued economic impacts related to the COVID-19 pandemic. The fourth-quarter estimates reflect an increase in COVID-19 cases resulting in continued restrictions and disruptions in the operations of establishments in some parts of the country. Government assistance payments in the form of forgivable loans to businesses and social benefits to households all decreased as provisions of several federal programs expired or tapered off.

The 2021 annual estimates reflect the continued economic recovery, reopening of establishments, and continued government response related to the COVID-19 pandemic. The full economic effects of the COVID-19 pandemic cannot be quantified in the GDP by state estimates because the impacts are generally embedded in source data and cannot be separately identified. For more information, see "Federal Recovery Programs and BEA Statistics."

Real GDP increased in all 50 states and the District of Columbia in 2021. The percent change in real GDP ranged from 8.6 percent in Tennessee to 0.3 percent in Alaska (table 4). 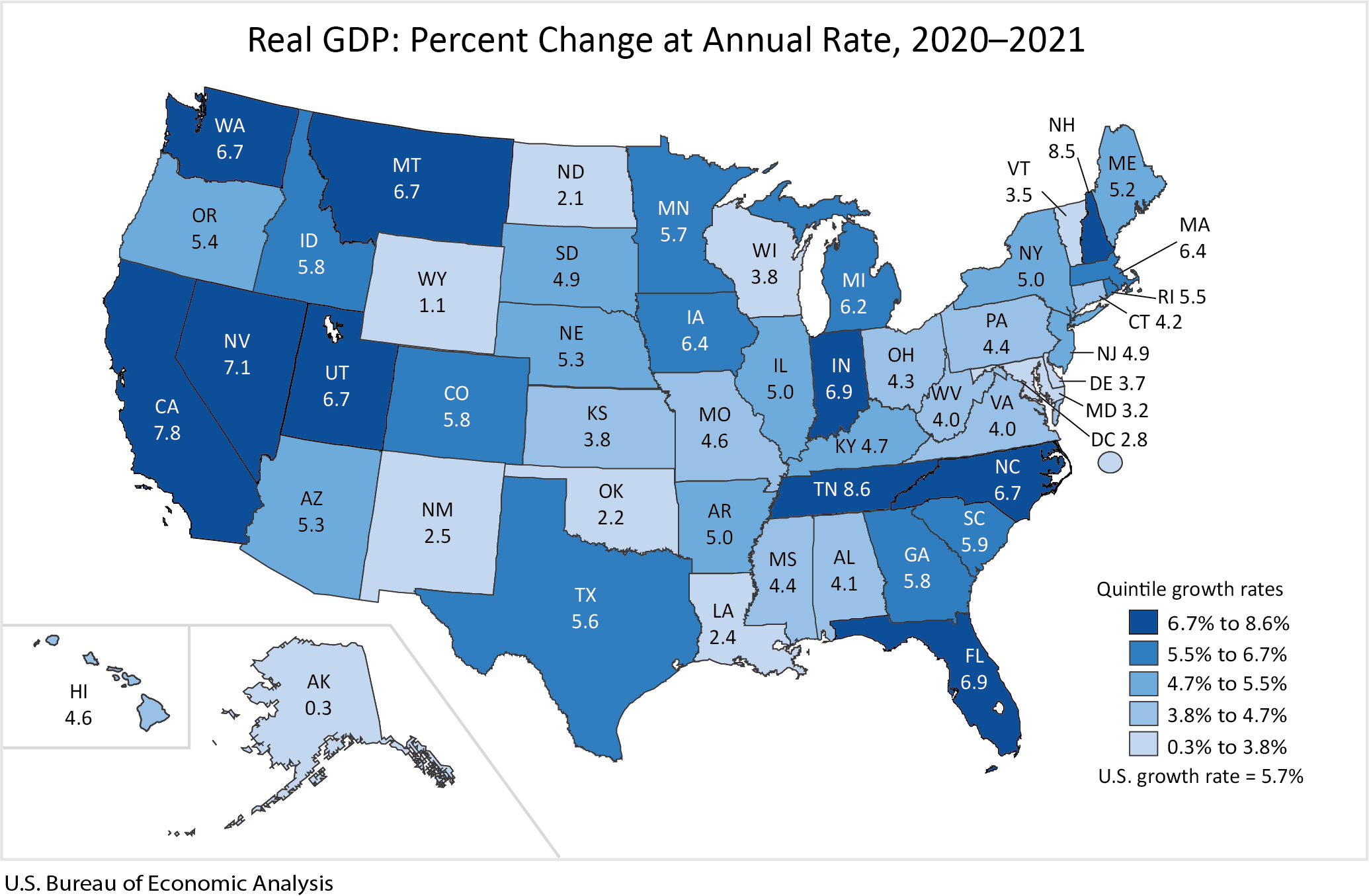 BEA groups all 50 states and the District of Columbia into 8 distinct regions for purposes of presentation and analysis as follows:

Uses of GDP by state statistics

GDP by state statistics provide a framework for analyzing current economic conditions in each state and can serve as a basis for decisionmaking. For example: