The U.S. current-account deficit, which reflects the combined balances on trade in goods and services and income flows between U.S. residents and residents of other countries, narrowed by $2.0 billion, or 0.9 percent, to $217.9 billion in the fourth quarter of 2021. The narrowing reflected a reduced deficit on secondary income and expanded surpluses on services and on primary income that were mostly offset by an expanded deficit on goods. The fourth-quarter deficit was 3.6 percent of current-dollar gross domestic product, down from 3.8 percent in the third quarter. 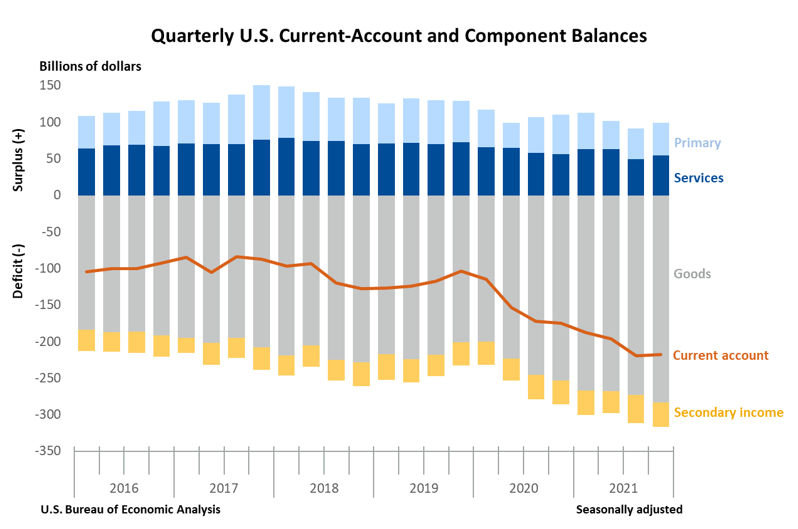 Nearly all major categories of current-account transactions increased in the fourth quarter of 2021, the sixth consecutive quarter of broad-based growth following notable COVID-19-related declines in the second quarter of 2020. The full economic effects of the COVID-19 pandemic cannot be quantified in the statistics, because the impacts are generally embedded in source data and cannot be separately identified.  For more information, see “U.S. International Transactions, Fourth Quarter and Year 2021.”