These data have been superseded. Please see our latest releases for current estimates and contact information.
Explore Product View
BEA 18-60

Majority-owned U.S. affiliates (MOUSAs) of foreign multinational enterprises (MNEs) employed 7.1 million workers (preliminary) in the United States in 2016, a 3.9 percent increase from 6.8 million (revised) in 2015, according to statistics on MOUSA operations and finances released by the Bureau of Economic Analysis.

MOUSAs accounted for 5.6 percent of total private-industry employment in the United States. Employment by MOUSAs was largest in manufacturing and in administration, support, and waste management services. MOUSAs with ultimate beneficial owners in the United Kingdom, Japan, and France were the largest contributors to total MOUSA employment. (See the Additional Information for definitions of MOUSAs and other terminology used in this release.) 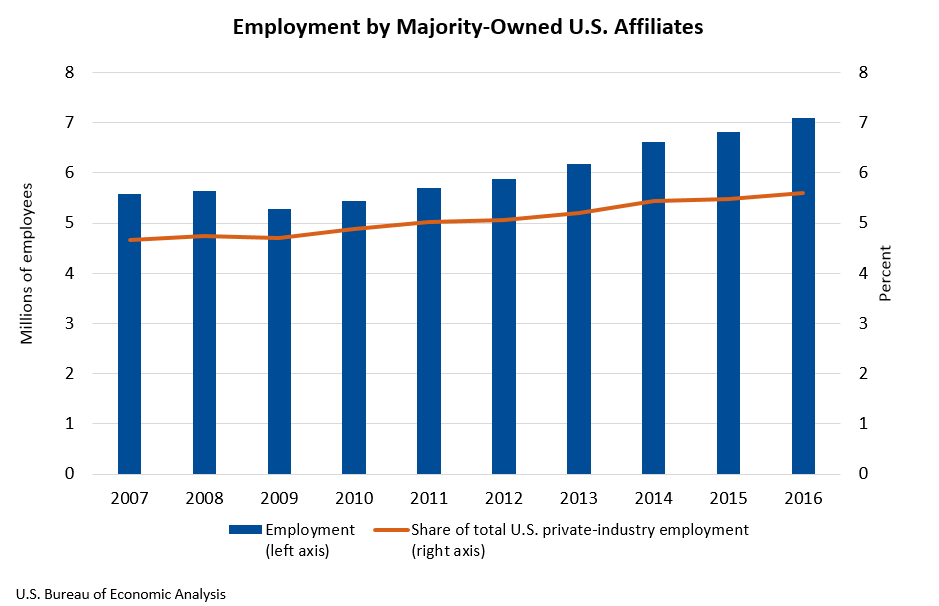 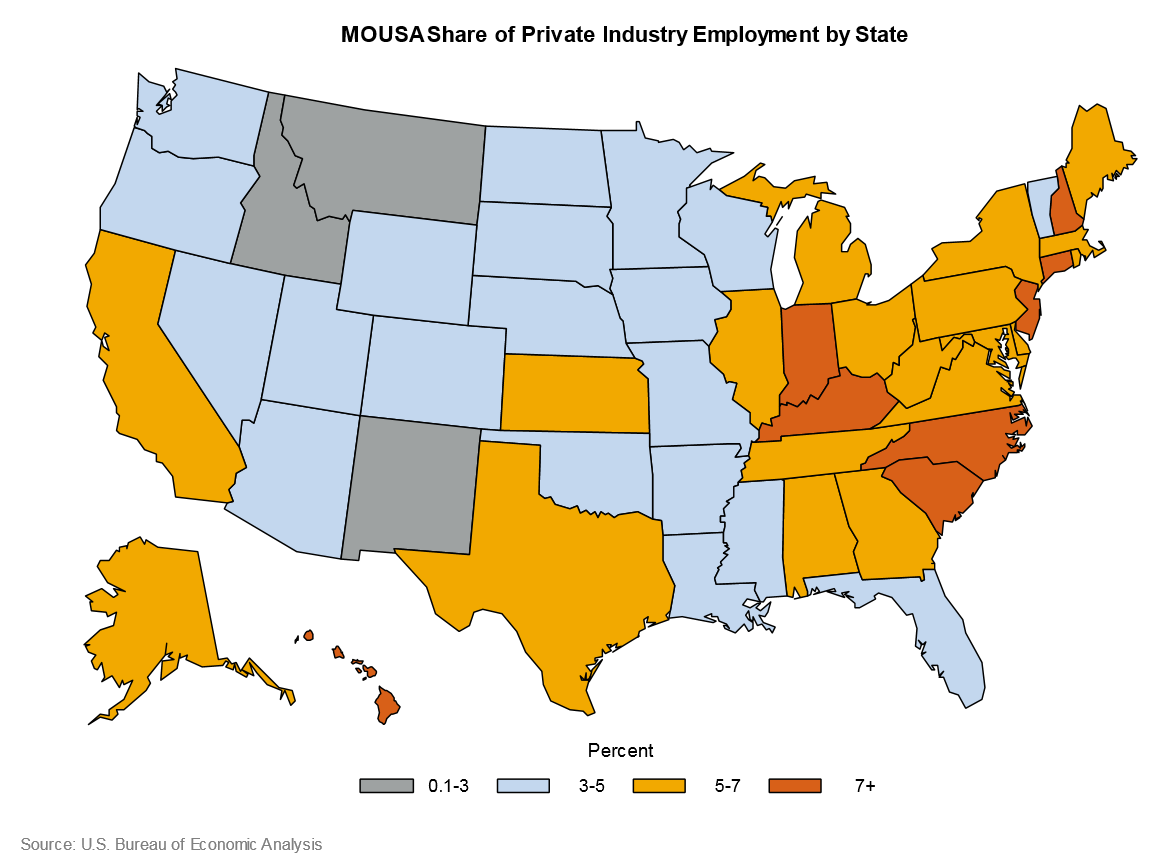 Additional statistics on the activities of U.S. affiliates of foreign multinationals including sales, balance sheet and income statement items, compensation of employees, trade, and more are available on BEA's website. More industry, country, and state level detail are also available on the website and will be published in the December issue of the Survey of Current Business.

Statistics for 2015 are revised to incorporate newly available and revised source data. Preliminary statistics for 2015 were released in August 2017 and highlighted in "Activities of U.S. Affiliates of Foreign Multinational Enterprises in 2015" in the August 2017 issue of the Survey of Current Business.

Updates to Statistics on 2015 Activities of U.S. Affiliates of Foreign Multinational Enterprises
Billions of dollars, except as noted

Value added is the value of the final goods and services produced by a firm’s labor and property. Value added represents the firm’s contribution to gross domestic product. The estimates of value added in this release were prepared by summing cost and profit data collected in BEA’s surveys of foreign direct investment in the United States and are conceptually consistent with BEA’s estimates of U.S. value added by industry.

The statistics on the activities of U.S. affiliates of foreign MNEs are based primarily on data reported in the Annual Survey of Foreign Direct Investment in the United States (BE-15) conducted by BEA. The statistics provide information on the operations and finances of U.S affiliates and cover the entire operations of the affiliate, irrespective of the percentage of foreign ownership.