These data have been superseded. Please see our latest releases for current estimates and contact information.
Explore Product View
18-30 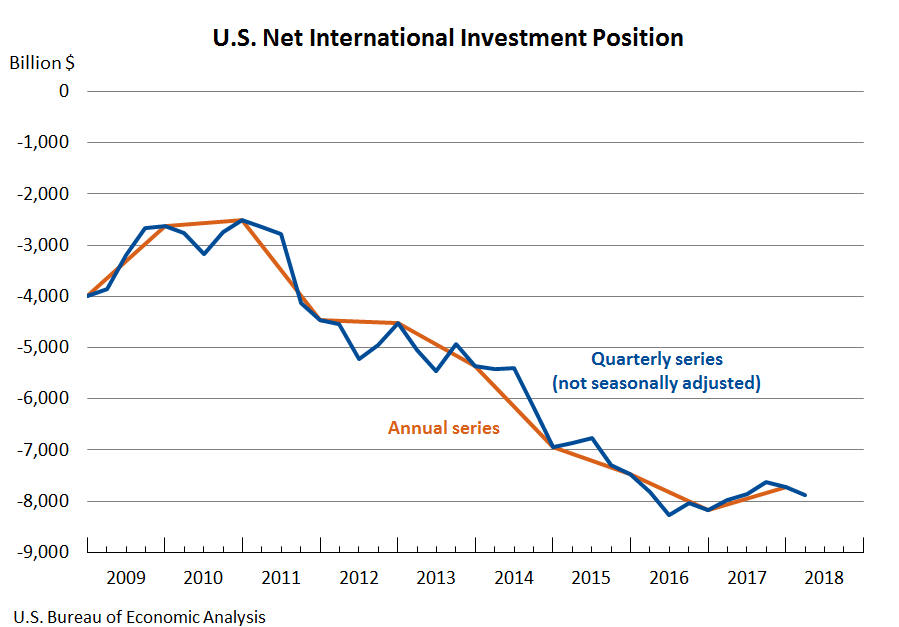 The $163.1 billion decrease in the net investment position reflected net financial transactions of –$164.8 billion and net other changes in position, such as price and exchange-rate changes, of $1.7 billion (table A).

U.S. assets decreased $182.8 billion to $27,616.3 billion at the end of the first quarter, mostly reflecting a decrease in direct investment assets that was partly offset by an increase in portfolio investment assets. 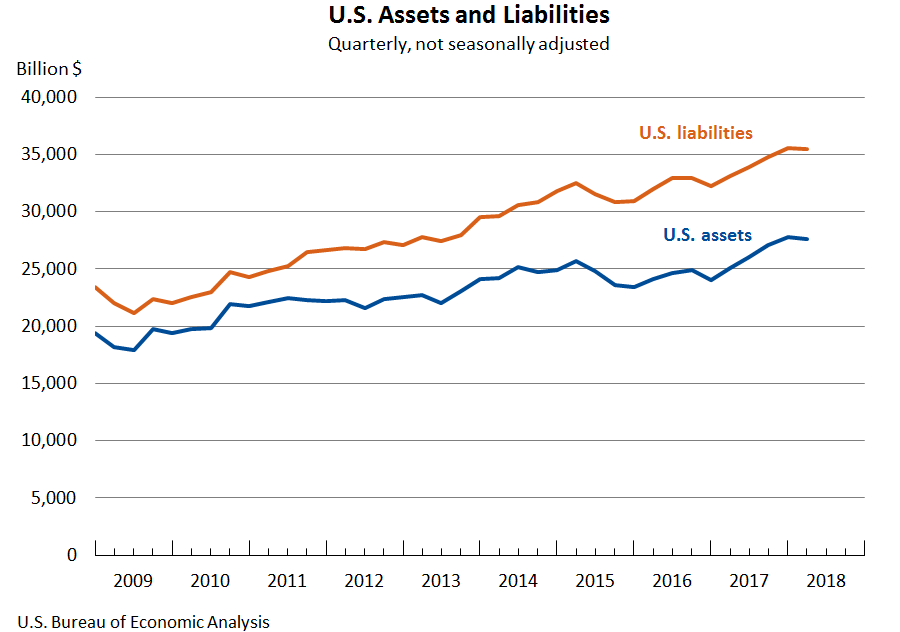 The statistics in this release reflect the annual update of the U.S. net international investment position (table 3). With this update, BEA has incorporated improved estimation methodologies and newly available and revised source data. Key changes to the statistics and the results of the annual update for 2017 are highlighted below.

A more detailed discussion of the new estimation methodologies and other changes appears in “Preview of the 2018 Annual Update of the International Economic Accounts” in the May 2018 issue of the Survey of Current Business. Additional information on the updates to the U.S. international investment position accounts and the U.S. international transactions accounts will be provided in the July issue of the Survey of Current Business.

The $456.6 billion increase in the net investment position reflected net financial transactions of –$331.9 billion and net other changes in position, such as price and exchange-rate changes, of $788.4 billion (table B).

U.S. assets increased $3,738.5 billion to $27,799.1 billion at the end of 2017, mostly reflecting increases in portfolio investment and direct investment assets that were partly offset by a decrease in financial derivatives.

U.S. liabilities increased $3,281.9 billion to $35,524.1 billion at the end of 2017, mostly reflecting increases in portfolio investment and direct investment liabilities that were partly offset by a decrease in financial derivatives.