These data have been superseded. Please see our latest releases for current estimates and contact information.
Explore Product View
BEA 19-01

The U.S. net international investment position decreased to −$9,627.2 billion (preliminary) at the end of the third quarter of 2018 from −$8,845.1 billion (revised) at the end of the second quarter, according to statistics released by the Bureau of Economic Analysis (BEA). The $782.1 billion decrease reflected a $135.5 billion increase in U.S. assets and a $917.6 billion increase in U.S. liabilities (table 1). 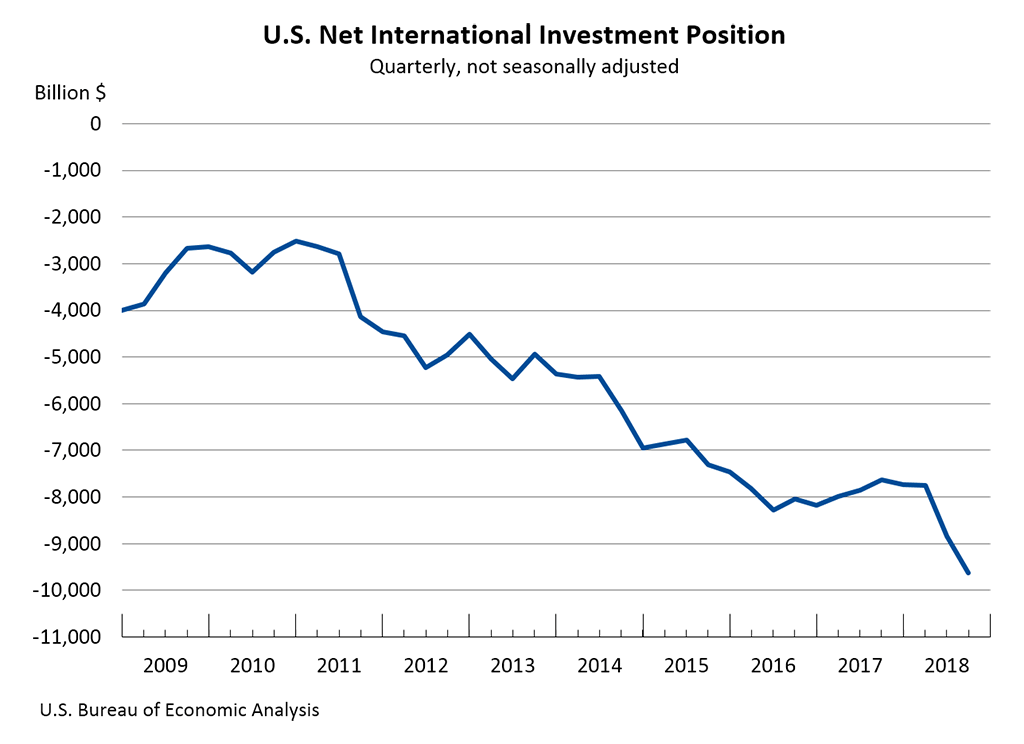 The $782.1 billion decrease in the net investment position also reflected net financial transactions of −$24.6 billion and net other changes in position, such as price and exchange-rate changes, of −$757.5 billion (table A).

U.S. liabilities increased $917.6 billion to $36,777.9 billion at the end of the third quarter, reflecting increases in all major categories of liabilities, except financial derivatives. 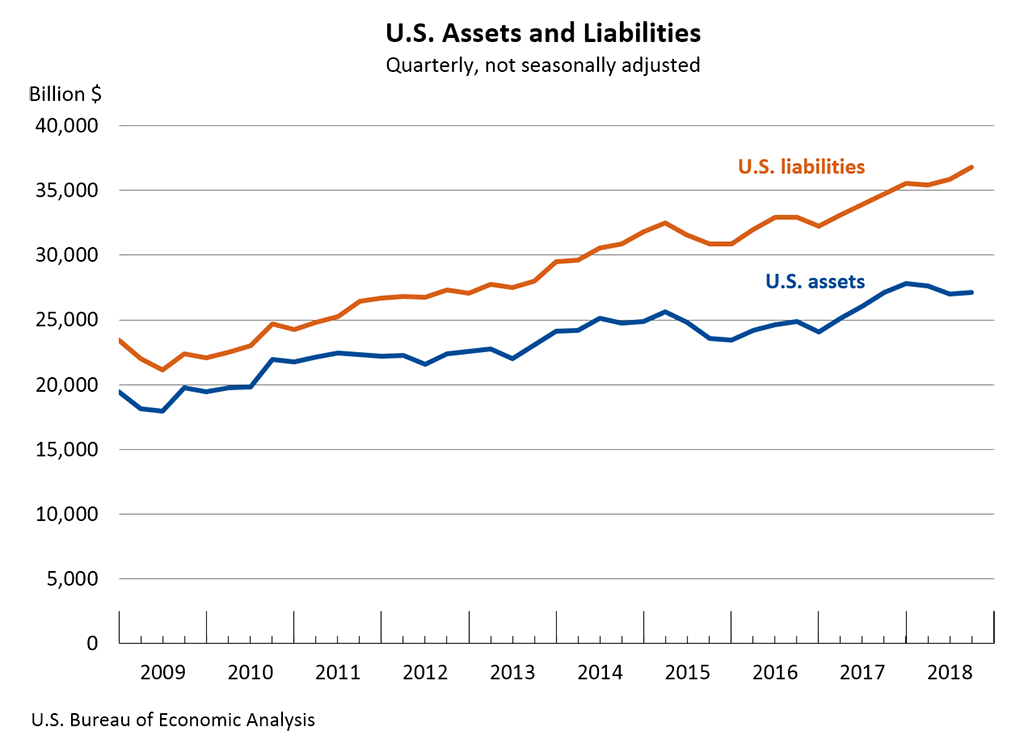 Effects of the 2017 Tax Cuts and Jobs Act on U.S. Direct Investment Assets