BEA is speeding up by weeks the release of industry and state statistics that will provide a powerful tool for analyzing the second quarter’s rapid shifts in U.S. economic activity.

For the first time, the Bureau of Economic Analysis will issue its industry-by-industry breakdown of U.S. gross domestic product alongside the quarter’s third estimate of GDP on Sept. 30. Statistics measuring the GDP of each state and the District of Columbia will follow two days later, on Oct. 2.

These industry and state statistics will illuminate details of the intensely watched April-to-June period, when overall GDP decreased at an annual rate of 31.7 percent, according to the quarter’s second estimate, released in August. 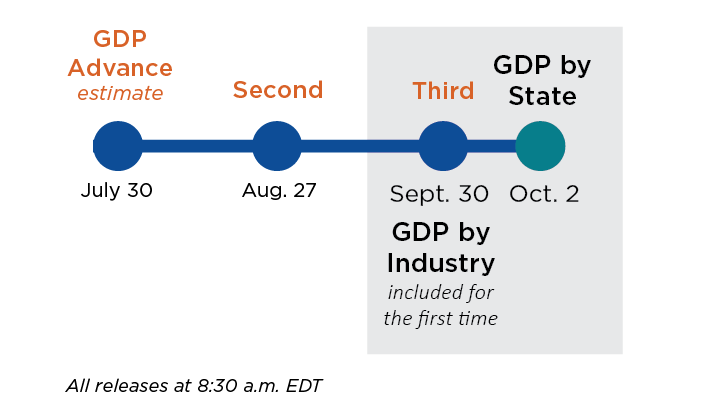 The accelerated schedule is the result of more than two years of planning and testing to integrate BEA’s production of national, industry, and state GDP data. Previously, we produced GDP by industry statistics about three weeks after the third estimate of each quarter’s national GDP, and state GDP figures about a week later. We began to narrow those gaps earlier this year with data releases for the fourth quarter of 2019.

Policymakers, government officials, businesspeople, analysts, and other data users rely on BEA’s statistics for a better understanding of changes in regional economies and in industries such as finance and insurance; retail trade; and health care and social assistance. Together, these statistics tell a more complete story of what happened in the national economy each quarter. 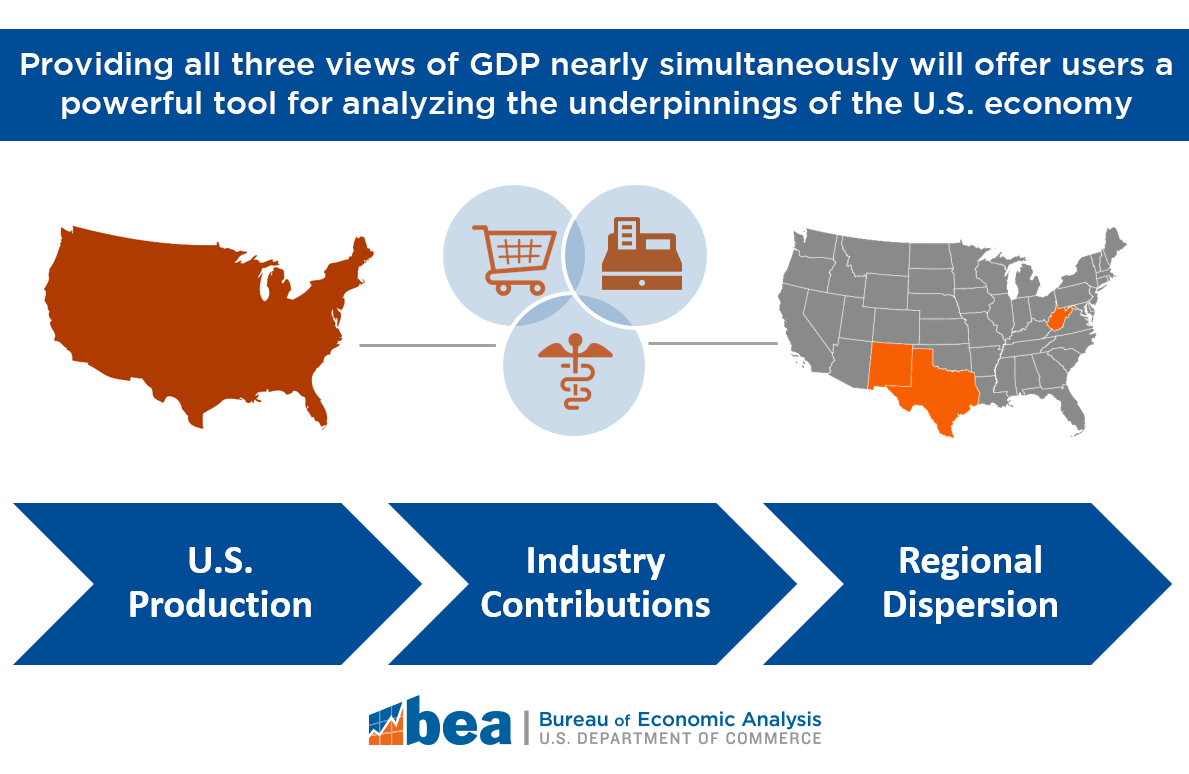 Industry statistics include contributions to U.S. GDP (known as an industry’s value-added) and each industry’s gross output (primarily sales or receipts), as well as data on changes in quantities and prices.

State GDP measures the overall value of the goods and services produced by each state (the state’s share of national GDP) and each state’s industries.

For the third quarter of 2020 and beyond, we plan to continue this accelerated timing and to explore the possibility of using our new efficiencies to produce industry and state GDP even earlier in the estimation cycle.

U.S. GDP is estimated three times for each quarter – the “advance” estimate, coming about 30 days after the quarter ends; a second estimate, about 60 days after the quarter; and the third estimate, at 90 days. Each estimate is based on the source data available at the time it’s produced. Over the three months, more-complete information becomes available from federal agencies and private data providers, improving the accuracy of the successive estimates.

More information is available on bea.gov, including the formats of data tables planned for the Sept. 30 news release and a video about the coordination of national, industry, and state GDP.