The BEA Advisory Committee advises the Director of BEA on matters related to the development and improvement of BEA's national, regional, industry, and international economic accounts, especially in areas of new and rapidly growing economic activities arising from innovative and advancing technologies, and provides recommendations from the perspectives of the economics profession, business, and government.

The BEA Advisory Committee advises the Director of BEA on matters related to the development and improvement of BEA's national, regional, industry, and international economic accounts, especially in areas of new and rapidly growing economic activities arising from innovative and advancing technologies, and provides recommendations from the perspectives of the economics profession, business, and government.

Dan Sichel is a professor of economics at Wellesley College. He is a Research Associate at the National Bureau of Research and serves on the Executive Committee of the Conference on Income and Wealth.

As an economist at the Federal Reserve Board, 1988–1993 and 1996-2012, he worked on a range of macroeconomic issues, including helping to guide the Fed's forecasts and analysis of the U.S. economy. He served as assistant to the chair of the Airline Transportation Stabilization Board, which provided loan guarantees to airlines that suffered losses from the 9/11 terrorist attacks.

While at the Brookings Institution, Sichel wrote The Computer Revolution, a book that analyzed the relationship between information technology and economic growth. He also served as Deputy Assistant Secretary for Macroeconomic Policy at the U.S. Treasury.

He has written about economic measurement, technology and economic growth, and macroeconomics. 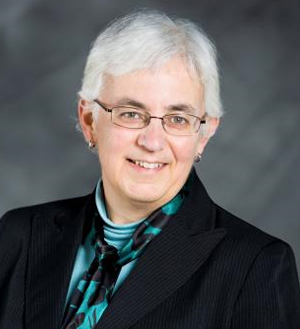 Katharine G. Abraham is professor of economics and survey methodology and director of the Maryland Center for Economics and Policy at the University of Maryland. She served as commissioner of the Bureau of Labor Statistics, 1993–2001, and as a member of the President's Council of Economic Advisers, 2011–13.

Abraham served as chairperson of the Commission on Evidence-Based Policymaking, helping Congress develop a strategy for using data to evaluate the government's effectiveness. She also serves on standing academic advisory committees convened by the Congressional Budget Office and the Federal Reserve Bank of Chicago.

She is a research associate of the National Bureau of Economic Research and an elected fellow of the American Statistical Association and the Society of Labor Economists.

Her research areas include the work and retirement decisions of older Americans and the effects of financial aid on college attendance.

She received her Ph.D. in economics from Harvard University and her B.S. from Iowa State University. 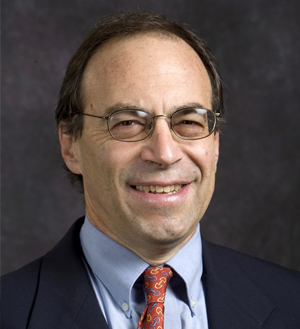 Alan J. Auerbach is the Robert D. Burch Professor of Economics and Law, director of the Burch Center for Tax Policy and Public Finance, and former chair of the Economics Department at the University of California, Berkeley. He is also a research associate of the National Bureau of Economic Research and previously taught at Harvard and the University of Pennsylvania.

Auerbach was deputy chief of staff of the U.S. Joint Committee on Taxation in 1992 and has been a consultant to government agencies and institutions in the United States and abroad. 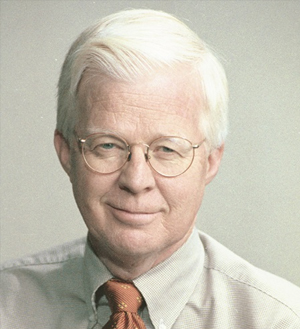 Barry Bosworth is a senior fellow in the Economic Studies Program (the Robert V. Roosa Chair in International Economics) at the Brookings Institution in Washington, D.C.

He was director of the President's Council on Wage and Price Stability, 1977–79; a visiting lecturer at the University of California, Berkeley; an assistant professor at Harvard University; and an economist for the White House Council of Economic Advisers, 1968–69.

His research has involved the determinants of economic growth in developing countries, saving, capital formation, and productivity growth.

Some recent publications include: The Decline in Saving: A Threat to America's Prosperity? (2012); The Economy of Puerto Rico: Restoring Growth, with Susan Collins and Miguel A. Soto-Class (2006); Productivity in the U.S. Services Sector: New Sources of Economic Growth, with Jack Triplett (2004); and "Accounting for Growth: Comparing China and India," (with Susan Collins) Journal of Economic Perspectives (2008).

Bosworth received his B.A. and Ph.D. from the University of Michigan. 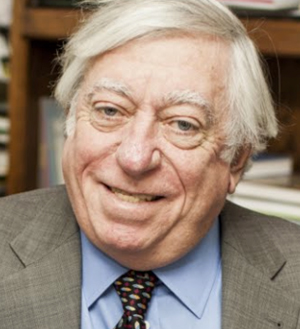 Robert Gordon is the Stanley G. Harris Professor of the Social Sciences at Northwestern University. He is a macroeconomist whose interests include unemployment, inflation, and the long-run and cyclical aspects of labor productivity.

For more than three decades, he has been a member of the National Bureau of Economic Research's Business Cycle Dating Committee. He served on the Boskin Commission to assess the accuracy of the U.S. Consumer Price Index. He is the author of a textbook in intermediate macroeconomics, now in its 12th edition. His new book is The Rise and Fall of American Growth.

Gordon is a fellow of the Econometric Society and the American Academy of Arts and Sciences and a Distinguished Fellow of the American Economic Association. In 2016, Bloomberg named him to its annual list of 50 most influential people. 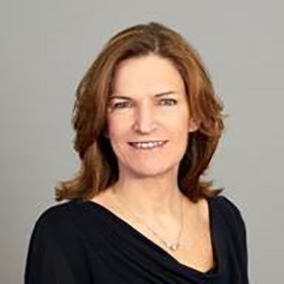 Julia Coronado is president and founder of the economic research firm MacroPolicy Perspectives LLC and a clinical associate professor at the McCombs School of Business at the University of Texas at Austin.

Previously, she was chief economist at Graham Capital Management and the global investment bank BNP Paribas, and a senior economist at Barclays Capital. She served as a staff economist at the Federal Reserve Board.

Coronado has published scholarly articles about pension finances, Social Security, retirement saving, data collection, and monetary policy. She is a member of the Economic Advisory Panel of the Federal Reserve Bank of New York and the Economic Studies Council at the Brookings Institution.

Haver is a member of the Bureau of Labor Statistics' Data Users Advisory Committee and served on the Financial Research Advisory Committee, advising the Treasury Department about analyzing systemic financial risk. She is the past chair of the Council of Professional Associations on Federal Statistics.

Previously, she was an economist in the economic forecasting group of General Electric in New York, a member of the International Staff of Compagnie Bull General Electric in Paris, and a consultant at Chase Manhattan Bank in London. She served as president of the National Association of Business Economists, 1994–95, and chair of the NABE Statistics Committee. 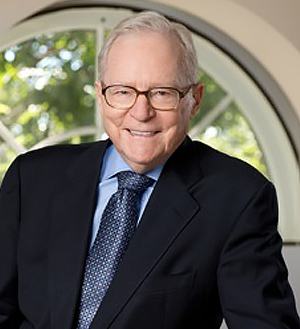 He is a former president and distinguished fellow of the American Economic Association and was awarded the association's John Bates Clark Medal.

His research includes work on information technology and economic growth, energy and the environment, tax policy and investment behavior, and applied econometrics. He's the author of more than 300 articles in economics and author or editor of 37 books.

He was a founding member of the Board on Science, Technology, and Economic Policy of the National Research Council and also served as board chairman. He was elected to fellowship in the American Association for the Advancement of Science, the American Statistical Association, and the Econometric Society, where he also served as president.

Jorgenson was chairman of Harvard's Department of Economics, 1994–97. He received a B.A. in economics from Reed College in Portland, Ore., and his Ph.D. from Harvard University. 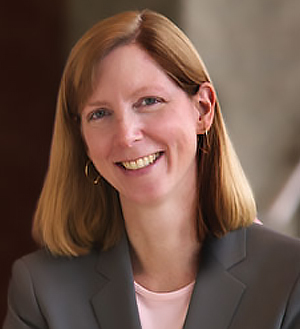 Ellen McGrattan is a consultant at the Federal Reserve Bank of Minneapolis, a professor of economics at the University of Minnesota, and director of the Heller-Hurwicz Economics Institute.

McGrattan's research is concerned with the aggregate effects of monetary and fiscal policy, in particular the effects on GDP, investment, the allocation of hours, the stock market, and international capital flows. Her recent work reexamines some business cycle puzzles in macroeconomics, considering the fact that some investments are unmeasured.

She has taught at Duke University, European University Institute, University of Pennsylvania, Stockholm School of Economics, and the International Monetary Fund, among others.

McGrattan received her B.S. in economics and mathematics from Boston College and her Ph.D. from Stanford University. 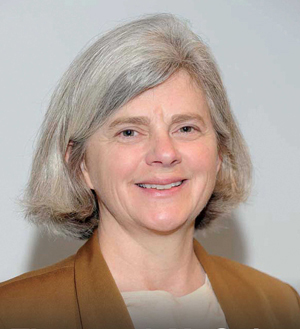 Therese J. McGuire is professor of strategy at the Kellogg School of Management at Northwestern University.

McGuire's areas of expertise are state and local public finance, fiscal decentralization, property tax limitations, education finance, and regional economic development. She has written about and worked with various governments on state tax reform and on the impact of taxes on economic growth. 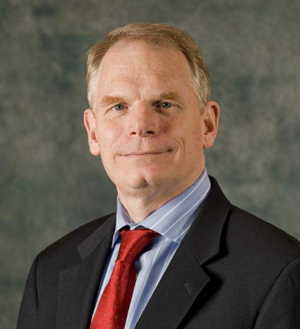 Joel Prakken is a founding member of the economic consulting firm Macroeconomic Advisers. Before that, he was senior economist at IBM Corp.'s world headquarters and served with the Federal Reserve Bank of New York. He has held positions on the faculties of New York University's Graduate School of Business and the Economics Department and the Olin School of Business at Washington University.

Prakken has written papers for the Council of Economic Advisers, the American Council for Capital Formation, and the Center for the American Study of Business on topics including tax reform, budget policy, monetary policy, and the impact of technology on productivity.

Prakken completed his undergraduate degree in economics at Princeton University and received his Ph.D. from Washington University in Saint Louis. 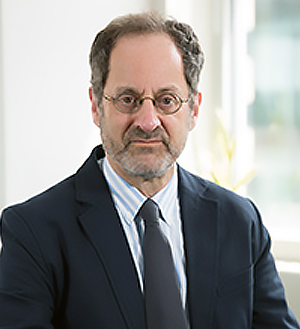 Andrew Reamer is a research professor at the George Washington University's Institute of Public Policy. His research efforts, intended to inform the public and decision-makers, aim to encourage U.S. national economic development and competitiveness.

His areas of focus include strategic economic analysis and policy, innovation and entrepreneurship, workforce development, and the federal economic statistics system.

Reamer joined the Institute of Public Policy in 2010, after six years at the Brookings Institution's Metropolitan Policy Program and 20 years as a consultant in U.S. regional economic development and public policy.

Reamer is a member of several federal advisory committees, including the National Advisory Council on Innovation and Entrepreneurship, the Workforce Information Advisory Council, and the Bureau of Labor Statistics Data Users Advisory Committee.

He received a Ph.D. in economic development and public policy and a master's of city planning from the Massachusetts Institute of Technology, and a B.S. in economics at the Wharton School, University of Pennsylvania. 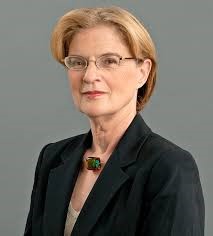 The Wharton School of the University of Pennsylvania

Susan Wachter is the Albert Sussman Professor of Real Estate and a professor of finance at The Wharton School of the University of Pennsylvania.

She is the author of more than 200 scholarly publications and the recipient of several awards for teaching excellence at The Wharton School. She co-founded and is co-director of the Penn Institute for Urban Research. She also founded and serves as director of Wharton's Geographical Information Systems Lab.

Previously, Wachter was chairperson of the Real Estate Department and professor of real estate and finance. She was the editor of Real Estate Economics from 1997 to 1999 and currently serves on the editorial boards of several real estate journals.

This meeting was held at BEA's headquarters in Suitland Maryland.