These data have been superseded. Please see our latest releases for current estimates and contact information.
Explore Product View
BEA 19-39

Worldwide employment by U.S. multinational enterprises (MNEs) increased 0.4 percent to 42.5 million workers in 2017 from 42.3 million in 2016, according to statistics released by the Bureau of Economic Analysis on the operations and finances of U.S. parent companies and their foreign affiliates.

Employment in the United States by U.S. parents increased 0.2 percent to 28.1 million workers in 2017. U.S. parents accounted for 66.1 percent of worldwide employment by U.S. MNEs, down from 66.3 percent in 2016. Employment abroad by majority-owned foreign affiliates (MOFAs) of U.S. MNEs increased 0.9 percent to 14.4 million workers and accounted for 33.9 percent of employment by U.S. MNEs worldwide. 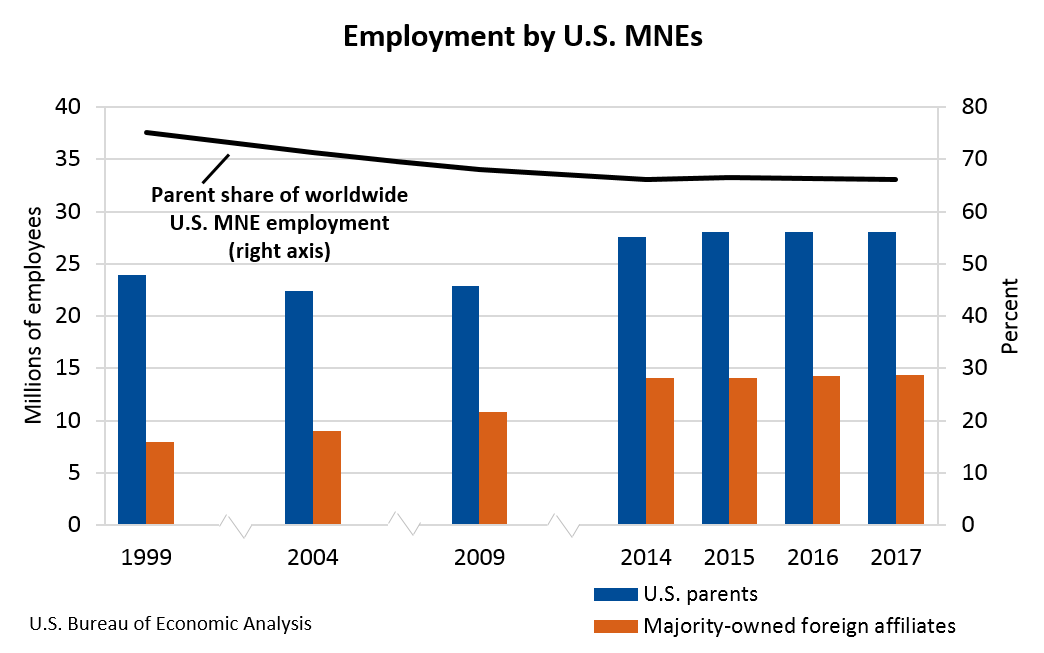 Worldwide research and development expenditures of U.S. MNEs increased 3.3 percent to $354.9 billion. U.S. parents accounted for expenditures of $298.3 billion and MOFAs for $56.6 billion. 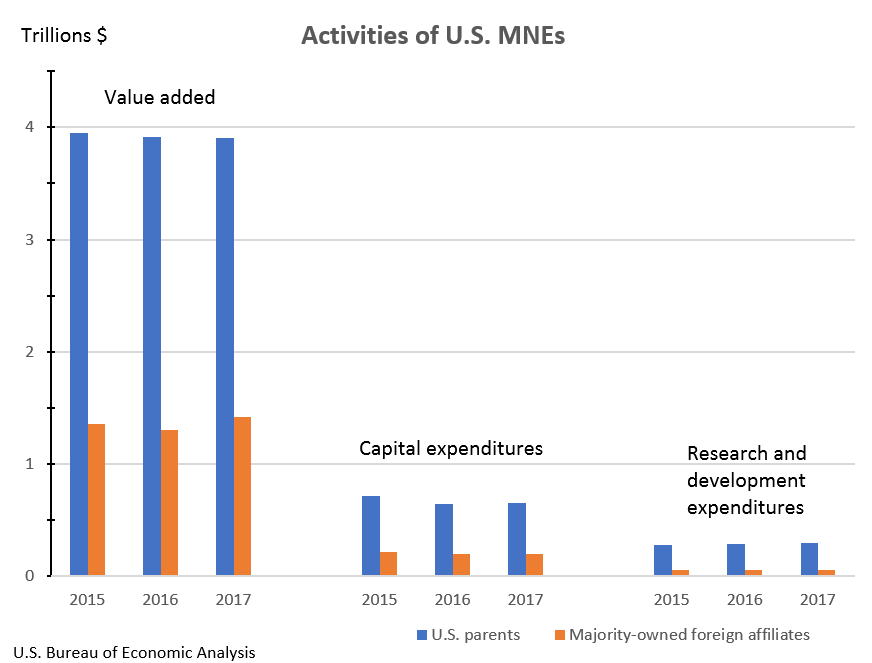 New Statistics Available for U.S.-Headquartered MNEs
A portion of U.S. MNEs (U.S. companies that own foreign affiliates) are ultimately foreign-owned. Because certain analyses require data that include only U.S.-headquartered MNEs (U.S. MNEs that are ultimately owned or controlled by a U.S. person), BEA has introduced a set of tables that feature U.S.-headquartered MNEs. The new tables include information on employment, value added, and sales. These data can be found in table 5 of the news release and in additional tables on BEA’s website.

Statistics for 2016 are revised to incorporate newly available and revised source data. Preliminary statistics for 2016 were released in August 2018 and highlighted in “Activities of U.S. Multinational Enterprises in 2016” in the September 2018 issue of the Survey of Current Business.

U.S.-headquartered MNEs are U.S. MNEs that are ultimately owned or controlled by a U.S. person.

Foreign-headquartered U.S. MNEs are U.S. MNEs that are ultimately owned or controlled by a foreign person.