These data have been superseded. Please see our latest releases for current estimates and contact information.
Explore Product View
BEA 19-49

The U.S. net international investment position, the difference between U.S. residents’ foreign financial assets and liabilities, was –$10.56 trillion at the end of the second quarter of 2019, according to statistics released by the U.S. Bureau of Economic Analysis (BEA). Assets totaled $28.01 trillion and liabilities were $38.56 trillion.

At the end of the first quarter, the net investment position was –$10.16 trillion (Table 1). 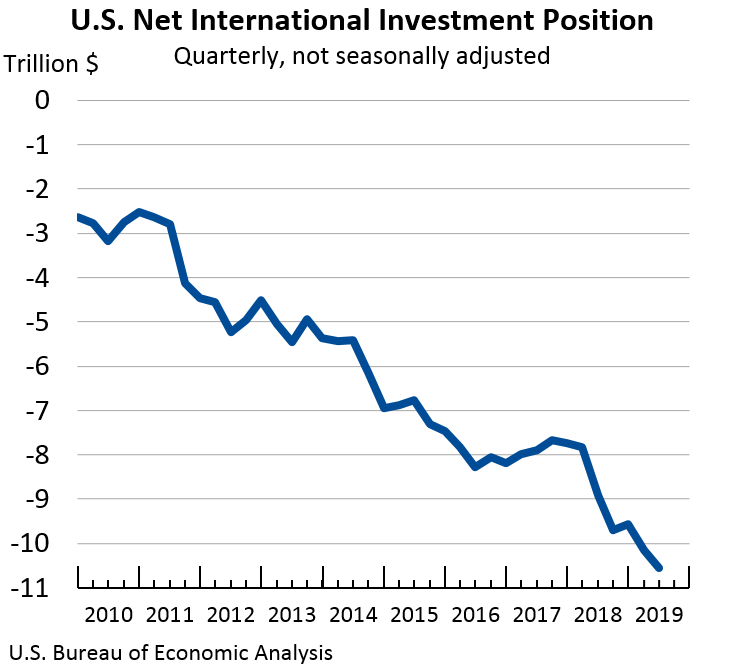 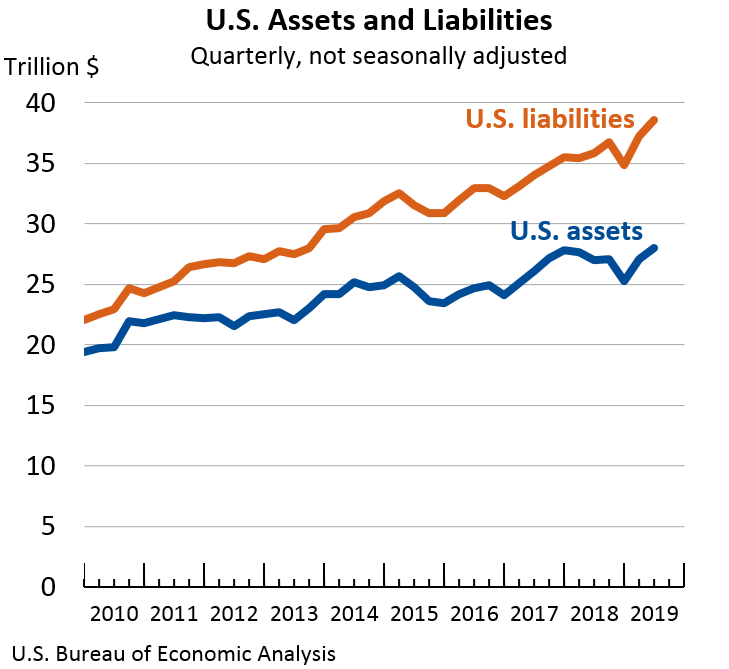 The –$398.8 billion change in the net investment position from the first quarter to the second quarter came from net financial transactions of –$146.7 billion and net other changes in position, such as price and exchange rate changes, of –$252.1 billion (Table A). 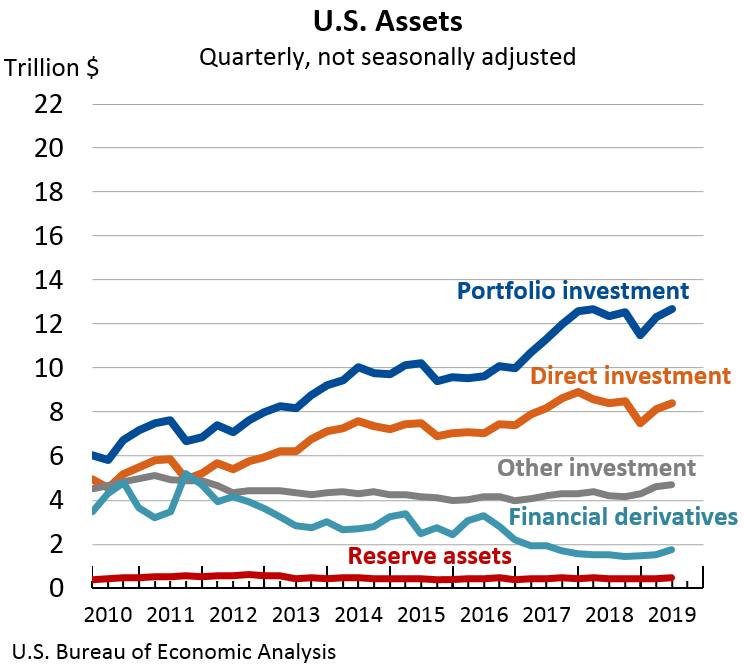 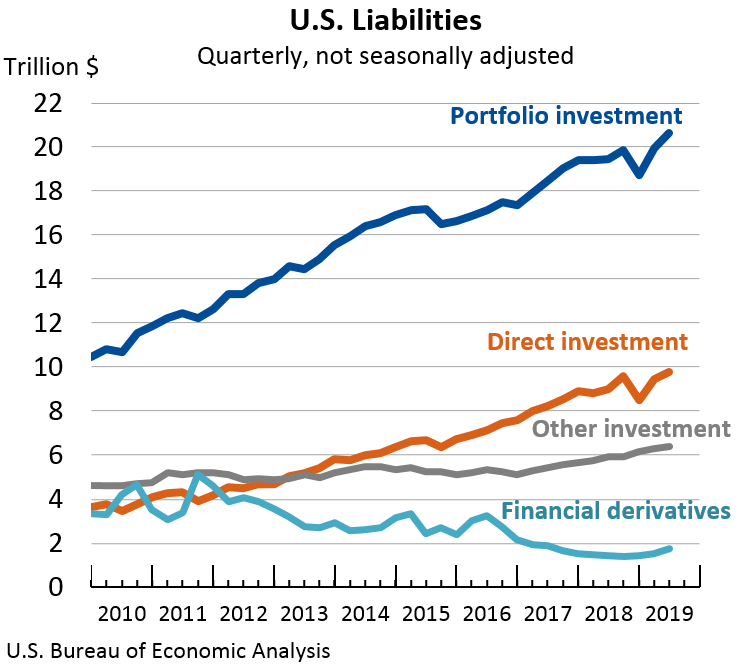