These data have been superseded. Please see our latest releases for current estimates and contact information.
Explore Product View
BEA 20—47

The U.S. net international investment position, the difference between U.S. residents’ foreign financial assets and liabilities, was –$13.05 trillion at the end of the second quarter of 2020, according to statistics released by the U.S. Bureau of Economic Analysis (BEA). Assets totaled $28.87 trillion and liabilities were $41.92 trillion.

At the end of the first quarter, the net investment position was –$12.16 trillion (Table 1).

The –$882.6 billion change in the net investment position from the first quarter to the second quarter came from net financial transactions of –$77.5 billion and net other changes in position, such as price and exchange rate changes, of –$805.1 billion (Table A).

Coronavirus (COVID-19) Impact on Second Quarter 2020 International Investment Position
In the second quarter of 2020, U.S. assets and liabilities increased following the first quarter decreases that reflected the impact of the COVID-19 pandemic. A recovery in global stock prices, responding to monetary accommodation and fiscal stimulus measures in the United States and abroad, drove the increases in portfolio investment and direct investment assets and liabilities. Both U.S. deposit assets and liabilities decreased, as some currency swap transactions between the U.S. Federal Reserve System and several foreign central banks in Europe and Japan were allowed to expire amid improved liquidity conditions in the global dollar funding markets. These currency swaps were initiated in the first quarter to alleviate the dollar shortage overseas. The full economic effects of the COVID-19 pandemic cannot be quantified in the IIP statistics because the impacts are generally embedded in source data and cannot be separately identified. For more information on the currency swaps, see the technical note that accompanied the September 18 international transactions accounts news release. 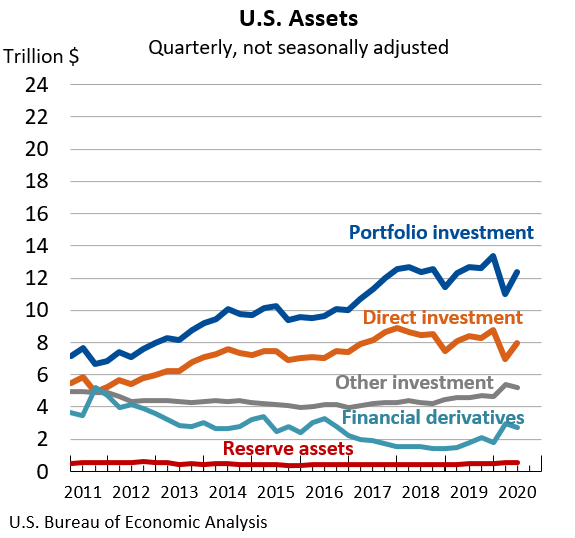 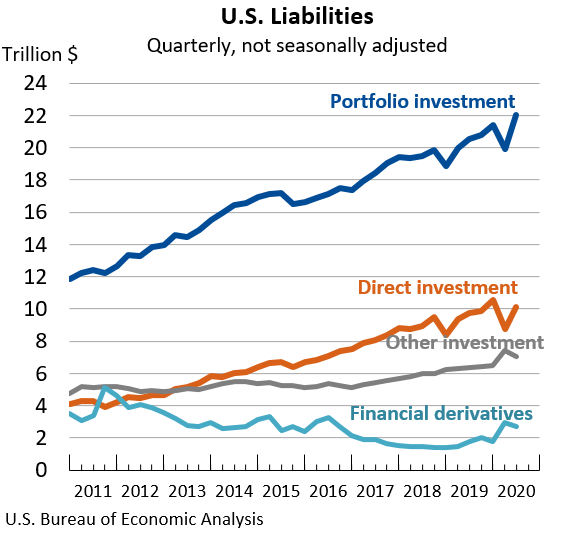