Worldwide employment by U.S. multinational enterprises (MNEs) decreased 1.8 percent to 42.4 million workers in 2020 (preliminary) from 43.2 million workers in 2019 (revised), according to statistics released today by the U.S. Bureau of Economic Analysis (BEA) on the operations and finances of U.S. parent companies and their foreign affiliates. 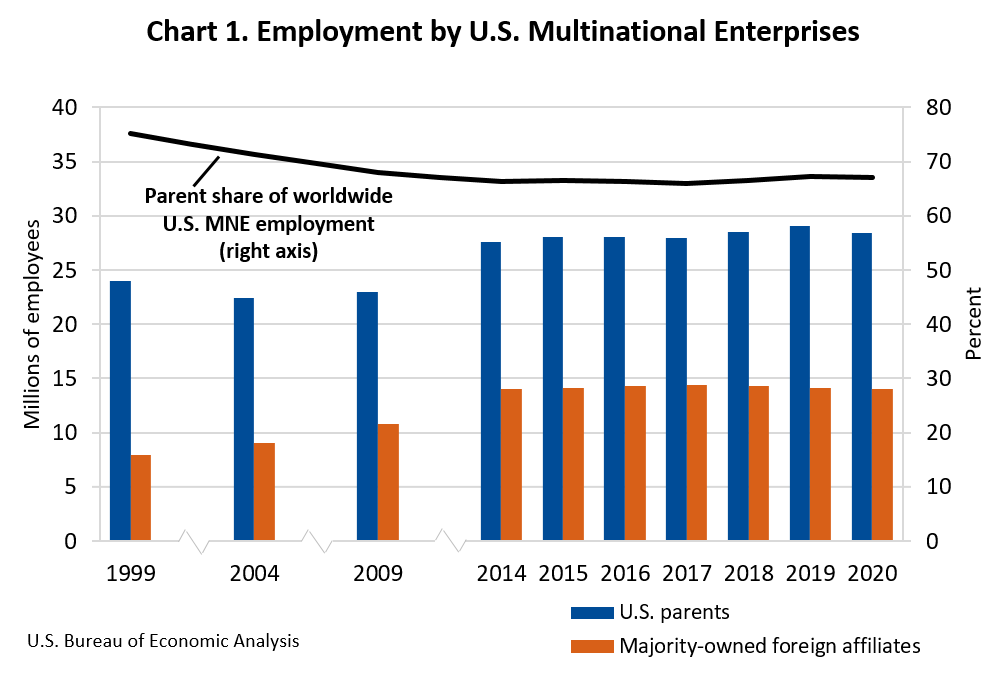 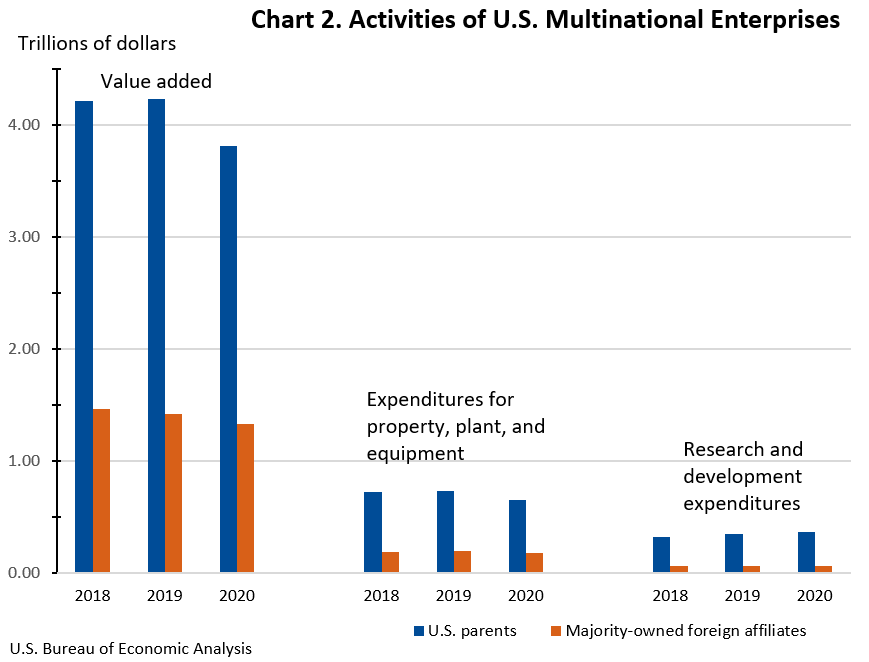 Additional statistics on the activities of U.S. parent companies and their foreign affiliates including sales, balance sheet and income statement items, compensation of employees, trade in goods, and more are available on BEA’s website. More industry detail for U.S. parents and more industry and country detail for foreign affiliates are also available on the website.

Coronavirus (COVID–19) Impact on the 2020 Activities of U.S. Multinational Enterprises

Most of the key indicators included in the U.S MNE statistics decreased in 2020 resulting in part from the impact of COVID–19. The full economic effects of the COVID–19 pandemic cannot be quantified in the statistics because the impacts are generally embedded in source data (BEA direct investment surveys) and cannot be separately identified. The response rates for the surveys were consistent with those in periods before the pandemic. No special adjustments to BEA’s imputation and estimation procedures were necessary.

Value added is the value of the final goods and services produced by a firm’s labor and property. Value added represents the firm’s contribution to the gross domestic product (GDP) of the firm’s country of residence. The estimates of value added in this release were prepared by summing cost and profit data collected in BEA’s surveys of U.S. direct investment abroad and are conceptually consistent with BEAs estimates of U.S. value added by industry.

Research and development (R&D) expenditures includes expenditures for R&D performed by the U.S. parent or the affiliate, whether the R&D was for their own use or for use by others and irrespective of the source of funding.

The International Investment Position (IIP) Accounts are released quarterly. The IIP is a statistical balance sheet that presents the dollar value of U.S. financial assets and liabilities with respect to foreign residents at a specific point in time.

The International Transactions Accounts (ITAs) are released quarterly. The ITAs are a statistical summary of economic activity between U.S. residents and the residents of other countries.