Expenditures by foreign direct investors to acquire, establish, or expand U.S. businesses totaled $333.6 billion (preliminary) in 2021. Expenditures increased $192.2 billion from $141.4 billion (revised) in 2020 and were above the annual average of $289.7 billion for 2014–2020. As in previous years, acquisitions of existing businesses accounted for most of total expenditures. 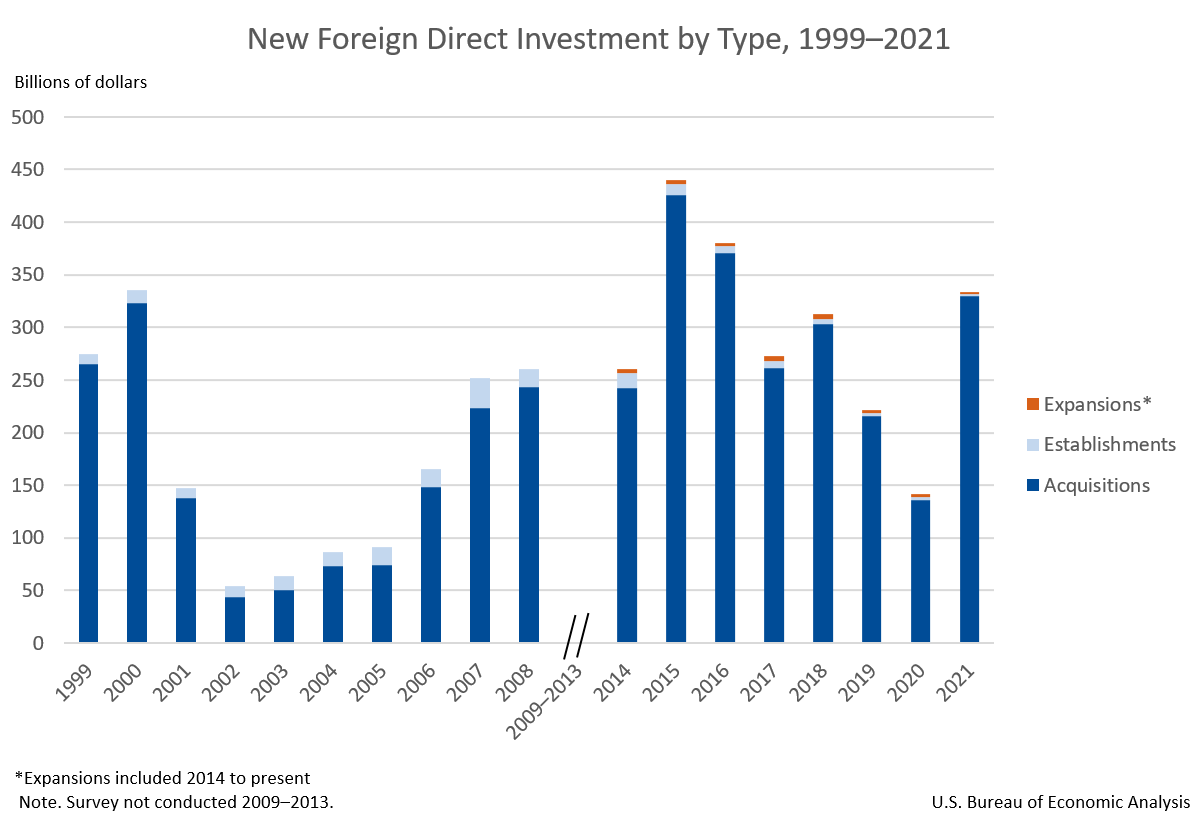 Expenditures by industry, country, and state

By U.S. industry, greenfield expenditures in 2021 were largest in utilities ($1.2 billion) and chemical manufacturing ($0.3 billion). By region of UBO, Europe ($2.1 billion) and Asia and Pacific ($0.6 billion) had the largest expenditures. By U.S. state, Texas received the highest level of greenfield investment ($0.9 billion), followed by Delaware ($0.4 billion).

By U.S. state, Pennsylvania had the largest employment resulting from new investment (44,700), followed by California (43,600) and New York (14,500). Employment for an acquired entity that operated in multiple states is attributed to the state in which it had the greatest number of employees.