The U.S. current-account deficit, which reflects the combined balances on trade in goods and services and income flows between U.S. residents and residents of other countries, narrowed by $21.6 billion, or 9.1 percent, to $217.1 billion in the third quarter of 2022, according to statistics released today by the U.S. Bureau of Economic Analysis. The revised second-quarter deficit was $238.7 billion.

The third-quarter deficit was 3.4 percent of current-dollar gross domestic product, down from 3.8 percent in the second quarter. 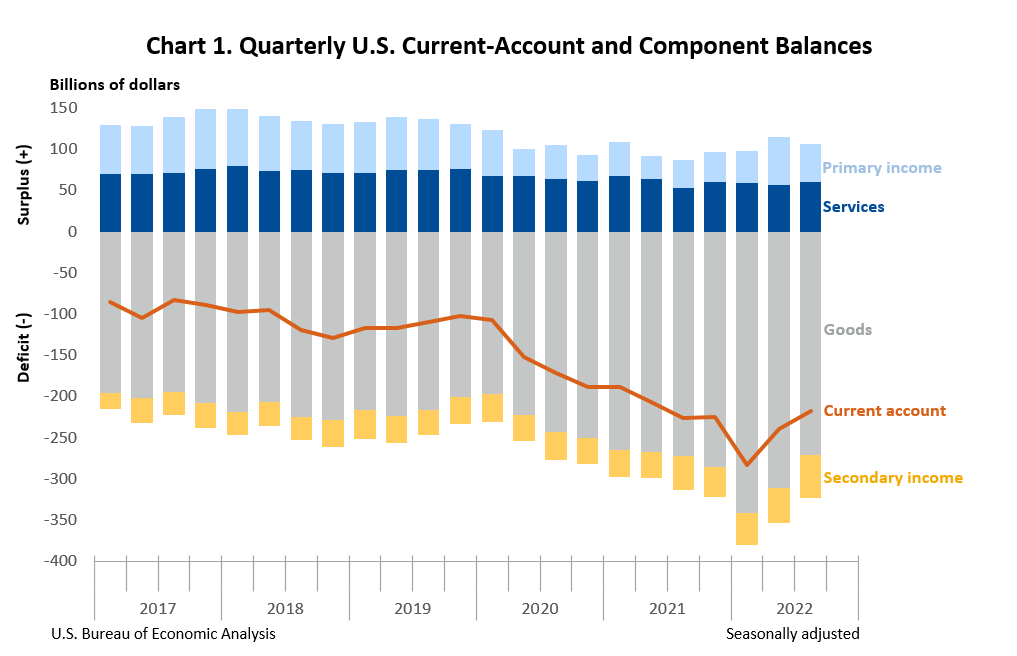 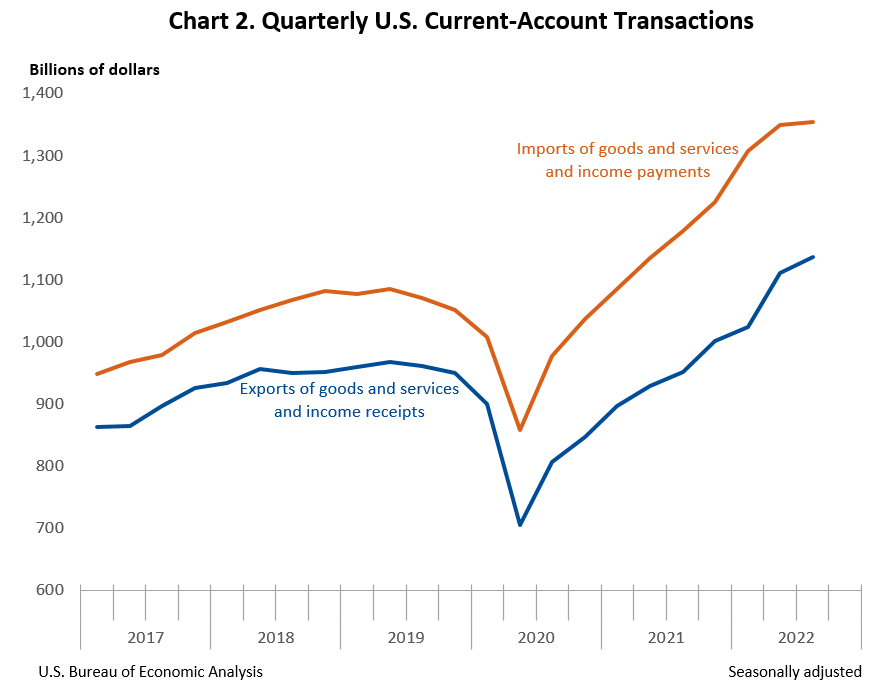 Exports of goods increased $7.2 billion to $547.0 billion, reflecting increases in nonmonetary gold and in capital goods, mostly civilian aircraft engines and parts and other industrial machinery, that were partly offset by a decrease in foods, feeds, and beverages, mostly soybeans and corn. Imports of goods decreased $32.5 billion to $818.2 billion, reflecting widespread decreases in consumer goods and in industrial supplies and materials. The decrease in consumer goods was led by household and kitchen appliances and other household goods, and the decrease in industrial supplies and materials was led by metals and nonmetallic products.

Receipts of primary income increased $15.2 billion to $314.0 billion, and payments of primary income increased $26.8 billion to $268.4 billion. The increases in both receipts and payments primarily reflected increases in other investment income, mostly interest on loans and deposits. These increases were mainly due to higher short-term interest rates that resulted from significant federal funds rate hikes by the Federal Reserve Board in May, June, July, and September. U.S. other investment assets and liabilities are mainly denominated in U.S. dollars.

Capital-transfer receipts were $9.1 billion in the third quarter. The transactions reflected receipts from foreign insurance companies for losses resulting from Hurricane Ian. For information on transactions associated with hurricanes and other disasters, see “How do losses recovered from foreign insurance companies following natural or man-made disasters affect foreign transactions, the current account balance, and net lending or net borrowing?”. 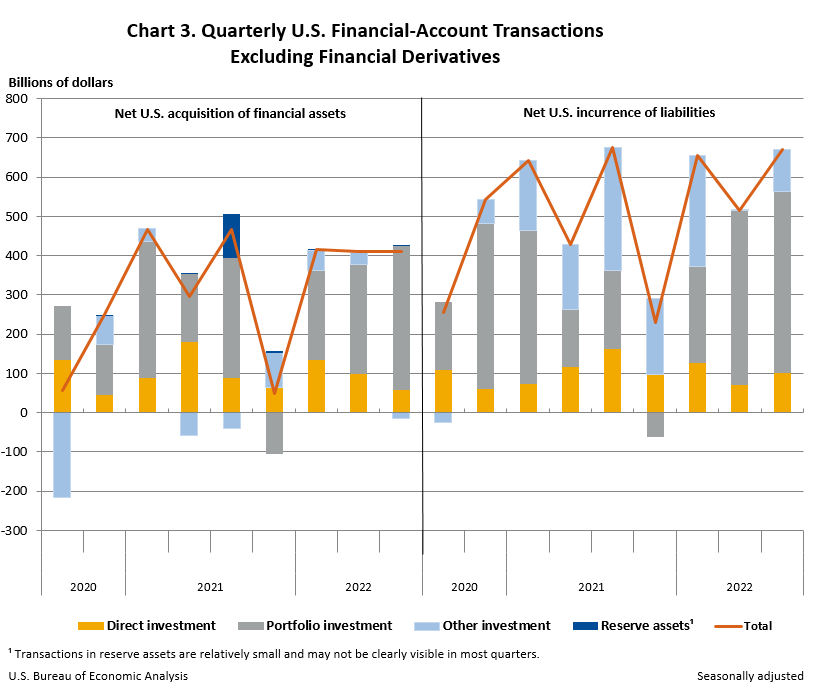