The U.S. current-account deficit, which reflects the combined balances on trade in goods and services and income flows between U.S. residents and residents of other countries, narrowed by $31.5 billion, or 11.1 percent, to $251.1 billion in the second quarter of 2022, according to statistics released today by the U.S. Bureau of Economic Analysis. The revised first-quarter deficit was $282.5 billion.

The second-quarter deficit was 4.0 percent of current-dollar gross domestic product, down from 4.6 percent in the first quarter.

The $31.5 billion narrowing of the current-account deficit in the second quarter mostly reflected a decreased deficit on goods. 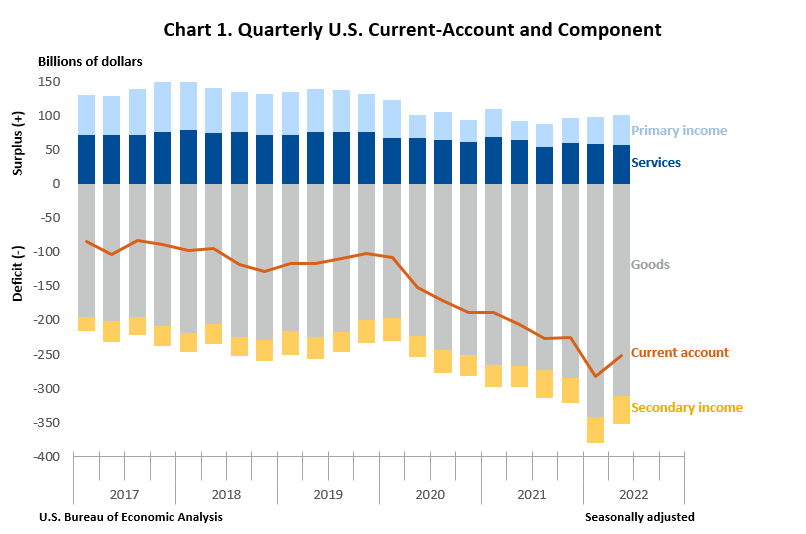 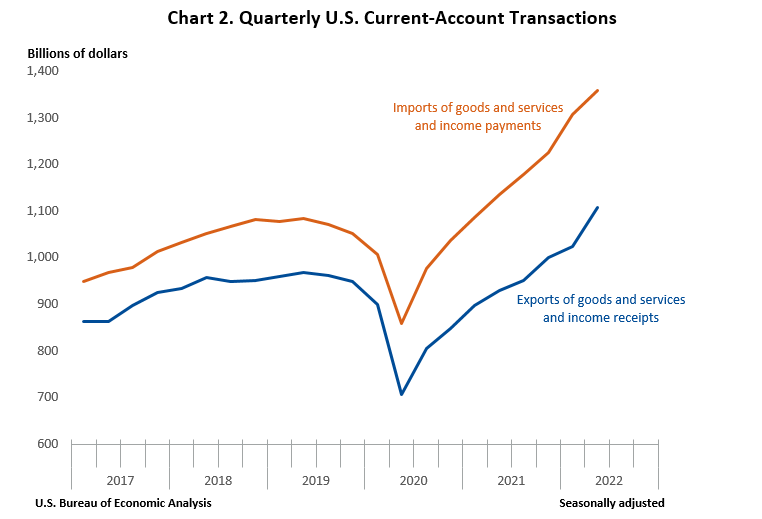 With this release of the U.S. International Transactions Accounts, beginning with the first quarter of 2022, exports of goods include military goods that were transferred from U.S.-owned stockpiles to Ukraine via the Presidential Drawdown Authority. Previously, these goods were recorded in exports of government goods and services n.i.e. (not included elsewhere). These goods are recorded through a new balance-of-payments adjustment, “military goods transferred through grants,” and are reflected on line 9 of “Table 2.4. U.S. International Trade in Goods, Balance of Payments Adjustments.”