The U.S. current-account deficit, which reflects the combined balances on trade in goods and services and income flows between U.S. residents and residents of other countries, widened by $66.6 billion, or 29.6 percent, to $291.4 billion in the first quarter of 2022, according to statistics released today by the U.S. Bureau of Economic Analysis (BEA). The revised fourth-quarter deficit was $224.8 billion.

The first-quarter deficit was 4.8 percent of current-dollar gross domestic product, up from 3.7 percent in the fourth quarter.

The $66.6 billion widening of the current-account deficit in the first quarter mostly reflected an increased deficit on goods. 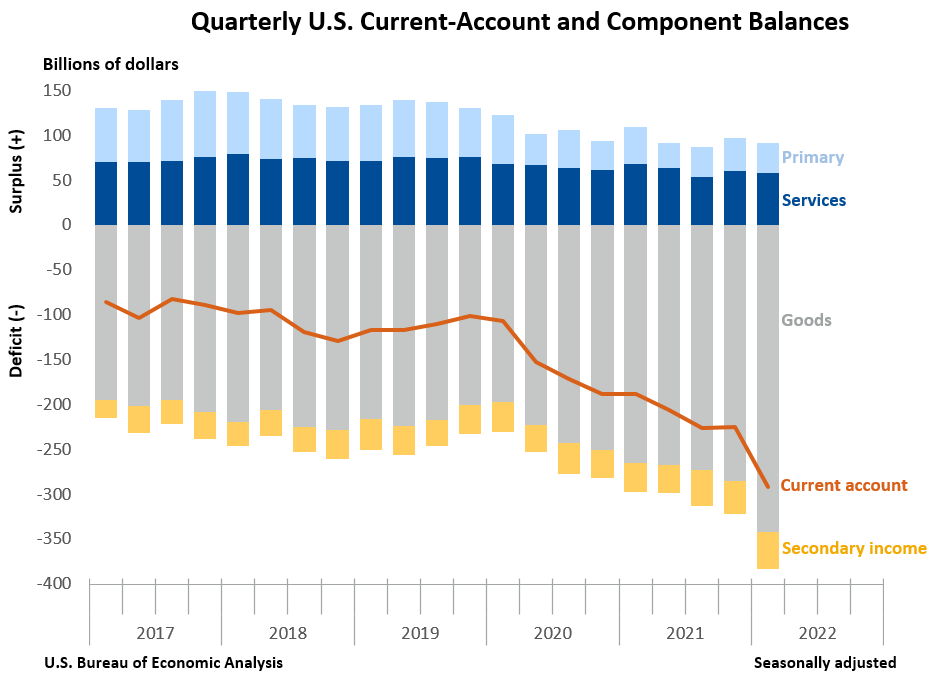 COVID–19 Impact on First-Quarter 2022 International Transactions
All major categories of current-account transactions increased in the first quarter of 2022, the seventh consecutive quarter of broad-based growth following notable COVID–19-related declines in the second quarter of 2020. The full economic effects of the COVID–19 pandemic cannot be quantified in the statistics, because the impacts are generally embedded in source data and cannot be separately identified. 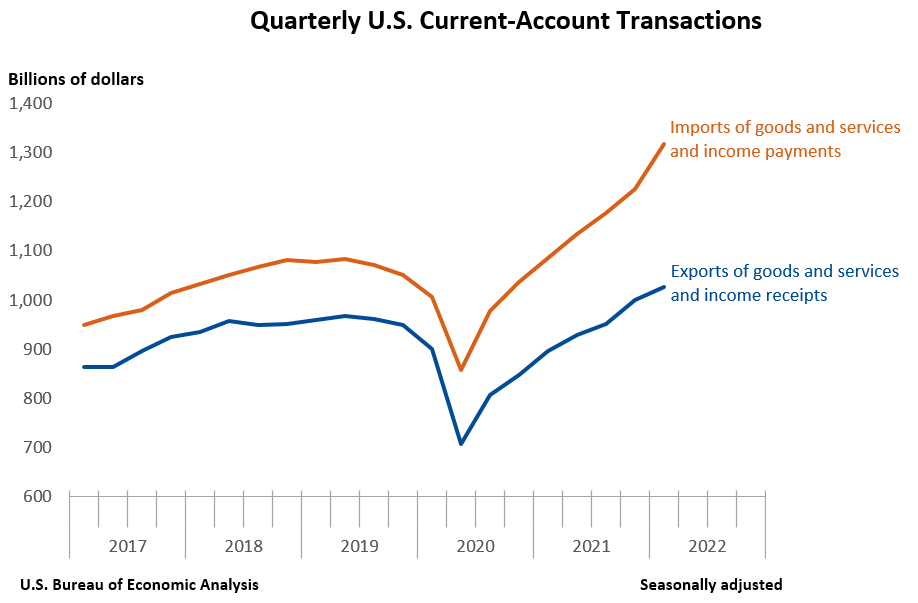 The statistics in this release reflect the annual update of the U.S. International Transactions Accounts (ITAs). A summary of the revisions to high-level aggregates is shown in table 9. With this update, BEA has incorporated newly available and revised source data for 2019–2021 and updated seasonal adjustments for 2017–2021 for most statistical series. In addition, there are three updates that are beyond the scope of updated source data and seasonal adjustments: